Rotherham United’s Red and White Shop will be once again rewinding the clock with the release of two more retro replica shirts.

Following a fantastic reception to the previously released 80/81 and The Millers have received a limited stock of two popular designs from years gone by which have now hit the shelves.

Supporters can now get their hands on replicas of the pinstripe-style shirt, used between 1988 and 1990, worn by the likes of Bobby Williamson, Clive Mendonca and Shaun Goodwin. The design also features a tipped collar with the Millers crest adorning the left breast of the torso.

Fans may have been treated to two Wembley wins since 1996, but the club have opted to re-release a replica of the shirt famously worn in the 1996 Auto Windscreens Shield win over Shrewsbury Town, which saw the silverware return to South Yorkshire thanks to Nigel Jemson’s brace. This design incorporates the traditional red body with white sleeves, whilst also boasting a thin cross-hatched pattern across the torso. 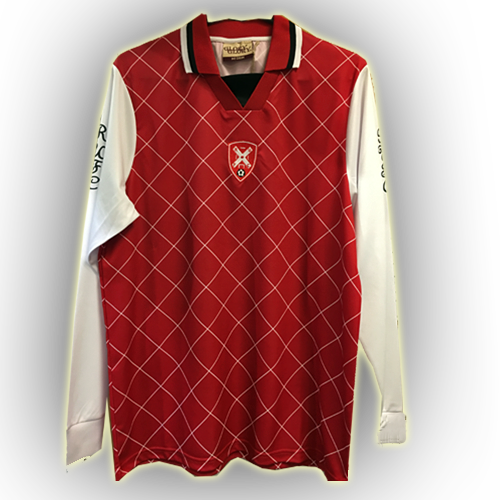 You can now also buy online by clicking here.