ONE thing is absolutely certain about the League One Play-Off Final.

As all Rotherham United fans know, Paul Warne and Paul Hurst were long time teammates.
Indeed, they spent a lot of time together on the pitch.

It works out that they played 211 times together. What’s more they had each other for company on the substitutes’ bench on another 21 occasions.

Did one of them ever replace the other? It happened just the once.

At the end of Warney’s first spell in a home game against Watford in 2005, up went the subs’ board and off came the little left back to shake hands with the striker going on in a vain attempt to rescue a point. 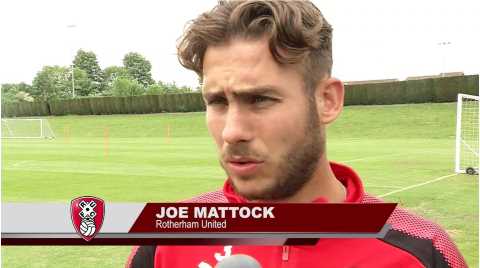 They actually spent seven seasons together at the club so it’s fair to say they got to know each other pretty well. And if they ever referred to each other as ‘Paul’ during that time, it would have been a surprise.

So, yes, both certainly made their playing mark with Hursty earning his legendary status even before signing off as the club’s second highest appearance maker with 494, just short of the 500 of Danny Williams.

For Paul Warne, the accumulation was a handful short of 300 appearances (292 in all) which came in two spells.

The first from early 1999 to 2005 and then from 2009 to the last Don Valley Stadium game in 2012.
Incidentally he carved his part in a historic note by scoring on his separate debuts - two v Leyton Orient in 1999 and then a last minute winner, as a sub, v Accrington on the season’s opening day in 2009.

Great team men were Warne and Hurst. The sort of people you certainly want at your football club in whatever capacity and as part of your team.

It may be said that when they were helping the club to double promotions in 2000 and 2001 and then Championship survival under Ronnie Moore, few people identified them as future managers.

At one point Hurst was looking at possible opportunities in the media whilst Warne’s off-field involvement here is well know and he never had an eye on the top job. 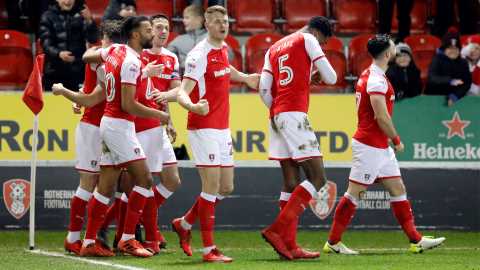 Hurst’s remarkable success story at Shrewsbury follows on success at Grimsby and success when he first dipped his toe into management (alongside ex-Millers colleague Rob Scott) at Ilkeston Town and then Boston.

Now we have the Warne success story of this season. Delve a bit deeper and note the managers who have emerged from the Millers side they played in during the early 2000s.

Joining them at Wembley this Play-off weekend will be Mark Robins, his Coventry City side appearing in the League Two Final after an astonishing second leg 4-1 win at Notts County.

In fact, quite a Wembley reunion one way and another because the Millers staff includes, of course, Richie Barker (who has been a manager in his in his right elsewhere) and Mike Pollitt.

And for Rotherham’s semi-final, who was in the Scunthorpe dug out? Another member of that era - Nick Daws.

We’re putting together a handy little side here for starters!

You could throw in Martin McIntosh at Buxton; Chris Sedgwick was a coach at Bury; Alan Lee is youth team coach at Ipswich.

Recently Chris Swailes has been player-manager up in the North East (becoming Wembley’s oldest cup final scorer in the FA Vase Final two years ago).

You might even want to chuck in Guy Branston after a brief spell as caretaker-manager at Chesterfield.

Amazing that so many from one team have graduated onto the management and/or coaching side.

Messrs Warne and Hurst will probably embrace before Sunday’s big match but be doing their darnedest to ensure their side comes out on top.

If they don’t, then you may reckon there’s no one else in League One that either of these two former long-standing teammates would have preferred to have the subsequent glory.