On a night of celebration for the Millers, there was a poignant moment before kick-off as the club brought the memory of one of our most famous sons to the AESSEAL New York Stadium.

Super-fan Derek Dalton was loved by everyone associated with Rotherham United and his unwavering support for his beloved team, despite being diagnosed with Polio from the age of 2, won him friends across the world of football.

25 years on from his passing, Derek is still talked about and revered at Rotherham United, so much so that a blue plaque was unveiled in his memory on the outside of the AESSEAL New York Stadium.

On a special night for both Derek’s family and his beloved Millers, Breckin paid tribute to one of the club’s most devoted supporters.

“He was an exceptional person and one of the nicest blokes I've ever met and he never let his disability affect that,” he told www.themillers.co.uk.

“The words on the plaque sum it up because everything Derek said ended with 'Up the Millers'. He did so much for this club and to a large degree put it on the map.

“Some of the stories are legendary and I've recounted many of them in after dinner speaking. There hasn't been one that has failed to bring the house down.

“I think this is a great gesture from the Civic Society and Club, I know Derek would have loved it too.”

No doubt Derek would have been looking down on last night’s Play-off success, as the club he adored booked a place at Wembley Stadium.

In the words of Derek, ‘Up the Millers!’ 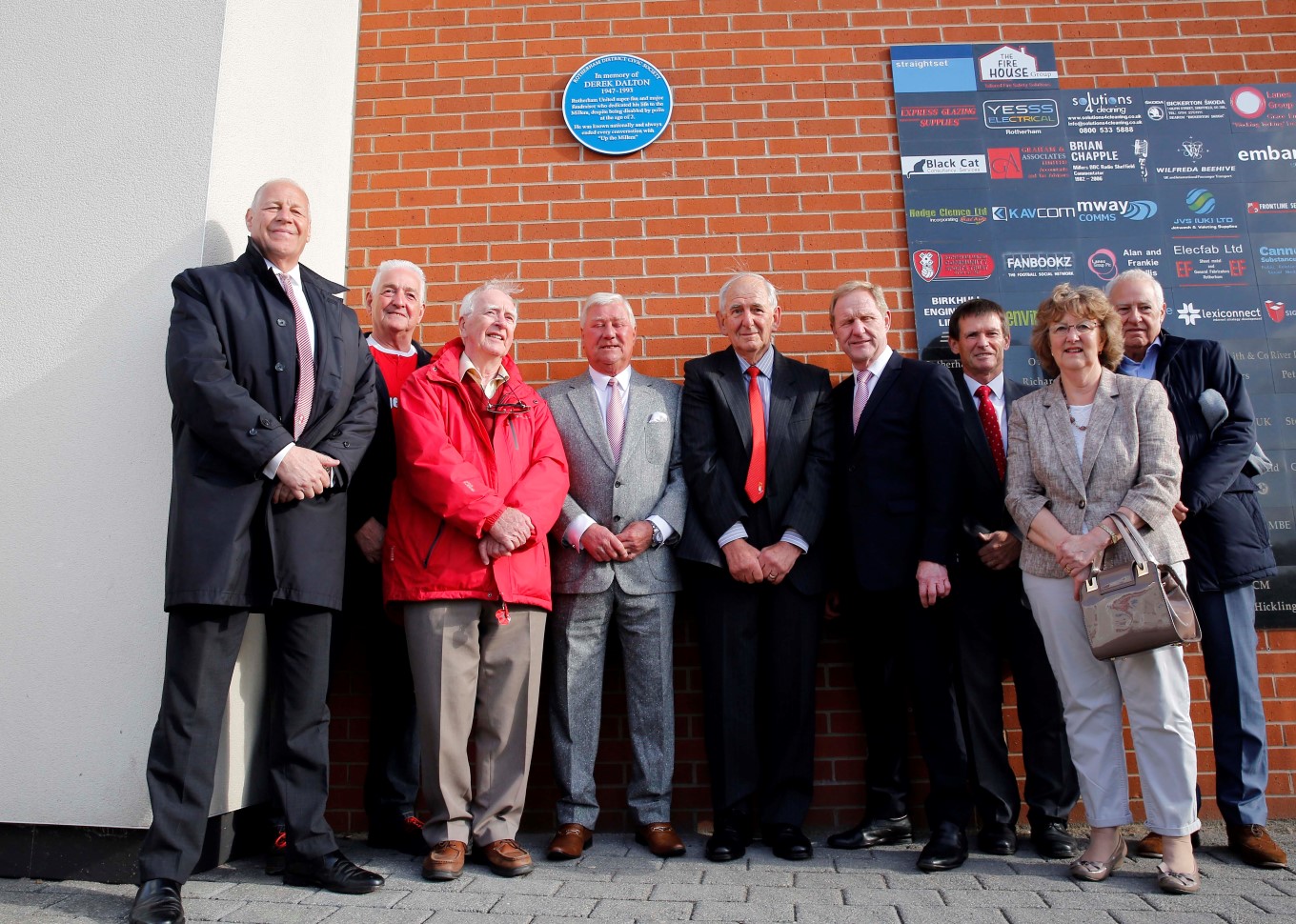