Today marks 10 years to the day that Rotherham United Chairman Tony Stewart was led out onto the Millmoor pitch in the club’s final home game of the 2007/08 season, to be introduced to supporters as the new owner of the club.

Millers fans may only have known him then as a successful local businessman from his involvement with Barbot Hall-based company ASD Lighting, but 10 years on from that day there is some story to tell.

Mr Stewart has described his Rotherham United experience as a ‘rollercoaster ride’ on a number of occasions, with promotions to the Championship and moving into the club’s new home at AESSEAL New York Stadium just some of the highs.

Speaking on the day of the 10th anniversary of being introduced to the Millers’ faithful, the Chairman had this message for those of a Rotherham United persuasion, who he says have stuck by the club throughout: 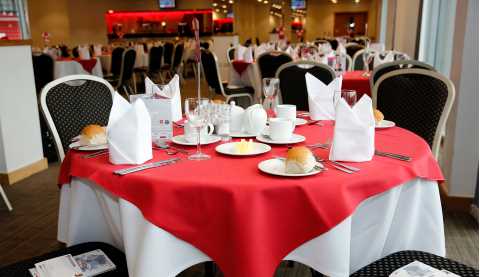 “I am grateful to them because it's the fans that make the difference.

“We've seen that happen at AESSEAL New York Stadium and we're grateful to every fan that buys into what we're doing and what we have been doing for the last 10 years.

“It's great to see smiling faces. A lot of them have become friends and we know what we have to do. Our job is to make sure that we're delivering in making sure they're enjoying the football and we're reaching as high as we can.

“I think the fans have been tremendous. It hasn’t always been easy, particularly last season when we were relegated from the Championship, but the supporters have stuck with us throughout, and for that, I have to congratulate them.

“It just shows the calibre of the fans that we've got at Rotherham. Whilst we were confident that we could put things right, we shared their suffering, but they have continued to come back and support us and we’re delighted to see them with smiles on their faces again.”

“They've bought their season tickets and I embrace the fact that we're so lucky to have such a patient, believing and confident group of fans here at Rotherham.

“They travel away in their numbers and I think the amount that went to Plymouth speaks volumes. Over a thousand have followed us to numerous places around the country this season with sell-outs at Fleetwood on the opening day and at Scunthorpe.

“We are now doing things right and I think success, whether it's this season or next, is around the corner.

“I've got red and white blood in my veins. I am passionate in everything I do and my passion isn't just on a matchday, it's seven days a week. I want the best for Rotherham and I think the best is still to come.”