As long as the team are winning that's all that counts, says Ryan Williams as fierce competition for a place on the Millers flank continues.

Williams is one of four wingers who have been vying for two spots for the majority of this season, with each of Paul Warne’s wingers coming to the fore at various points throughout the course of the season.

The Aussie has been brought back into the side in recent games, and whilst he is desperate to play every week, he admits all four of the Millers wide men have had to show patience and understanding towards team selection this season. 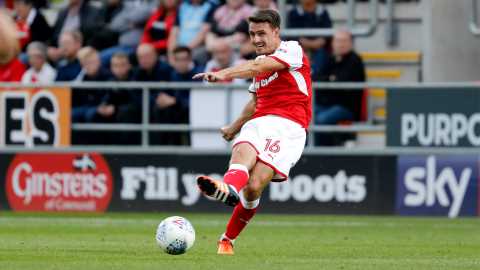 “I try and push Tayls, Newelly and Fordey on as much as possible because if they are doing well, then the team are doing well, and that’s the main thing,” Williams told www.themillers.co.uk

“I am sure that is the same with the other guys. When the Gaffer says he wants to freshen it up, that is something that you have to deal with.

“It was tough when it happened a few months back but I felt that I dealt with it in the right way. Joe Newell and Anthony Forde came into the side and they were unbelievable so fair play. We went on a brilliant run and they helped us to that so they rightly stayed in the team.

“I’ve been back recently and it has been good being back in the side, especially at Northampton where we played well and won the game. It was a good performance from everyone so it was disappointing that we couldn't get the same result at Southend. It was hard to be out of the team for such a long time but I got my head down and managed to get back into the team. It is about the team, and hitting our targets for the rest of the season.” 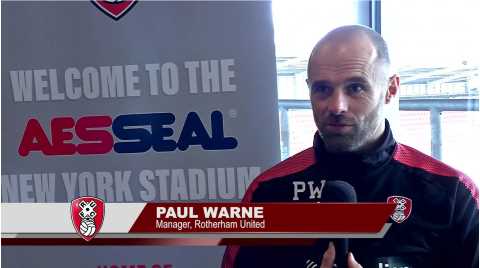 Williams admits that the difficult playing surface at Roots Hall hindered the team performance last time out. The uneven pitch certainly didn’t suit the cultured winger, but the 24-year-old offered no excuses as he looks for an improvement against Peterborough.

"We struggled to get the ball down and pass at Southend because of the conditions,” he added.

“I am not saying we are Barcelona but when we are at our best we do like to get it on the floor, get the ball wide so that we can get crosses into the box. That was difficult, and of course you don't get a lot of confidence when the ball gets passed to you and it is bobbling around on the surface. It was the same for both sides though and in the early period they handled it better for us. There was no excuse.

"We are trying to win every game we can, we are not thinking about how many points we'll need for the play-offs. Being back on home soil is good, and this is an opportunity now to kick on again.”