Winger Joe Newell says his break without injury has provided the catalyst for his sensational run of form in recent weeks. 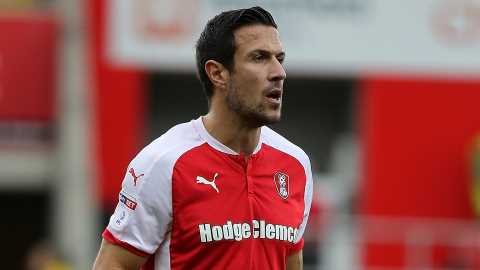 The run might have been put on hold due to the arctic conditions forcing tomorrow’s game at Gillingham to be postponed, but the Millers have trained today as preparations start for their return to action against Rochdale on March 10th.

Newell will be looking to maintain his recent electric form, which he puts down to an prolonged run without injury and illness - providing the bedrock for an extended stay in the team.

“I've always said the big thing for me was fitness and getting a run of games,” Newell said.

“Earlier in the year whenever I have come out of the team, Rochdale away, after the Shrewsbury game and Wigan at home - it was due to little niggles that I had. I had a quad problem, and I was sick during the week before a game as well, I just didn't have any momentum.

“Luckily I have got into the team in the last few weeks and I have really tried to focus on my fitness this year, to try and stay fit and stay in the team. I know in myself that if I do that then my performances will follow.”

The recent wintry blast may have put the Millers’ League One schedule on ice for seven days, but the hard work behind the scenes hasn’t stopped.

After everyone came together to clear a section of the training ground, Paul Warne oversaw a tough training session at Roundwood, ahead of a weekend of rest before it all starts again on Monday for the visit of Rochdale.

“The Gaffer has stated that we train hard, but he also looks after us by giving us down time as well,” Newell added.

“When we are in the building, we are there to work. For whatever reason for the last few months since the Blackpool game when we came from behind to win, we have just been on fire. Long may it continue, whatever we are doing it is working.”