Rotherham United were delighted to welcome young supporter Callum to his first ever football game, when he attended last weekend’s win over Doncaster Rovers.

Callum, who met many of the Millers players involved in the club’s Christmas visit to Bluebell Wood, was reunited with the charity’s ambassador Will Vaulks before the game and also had the chance to meet club mascot Miller Bear. 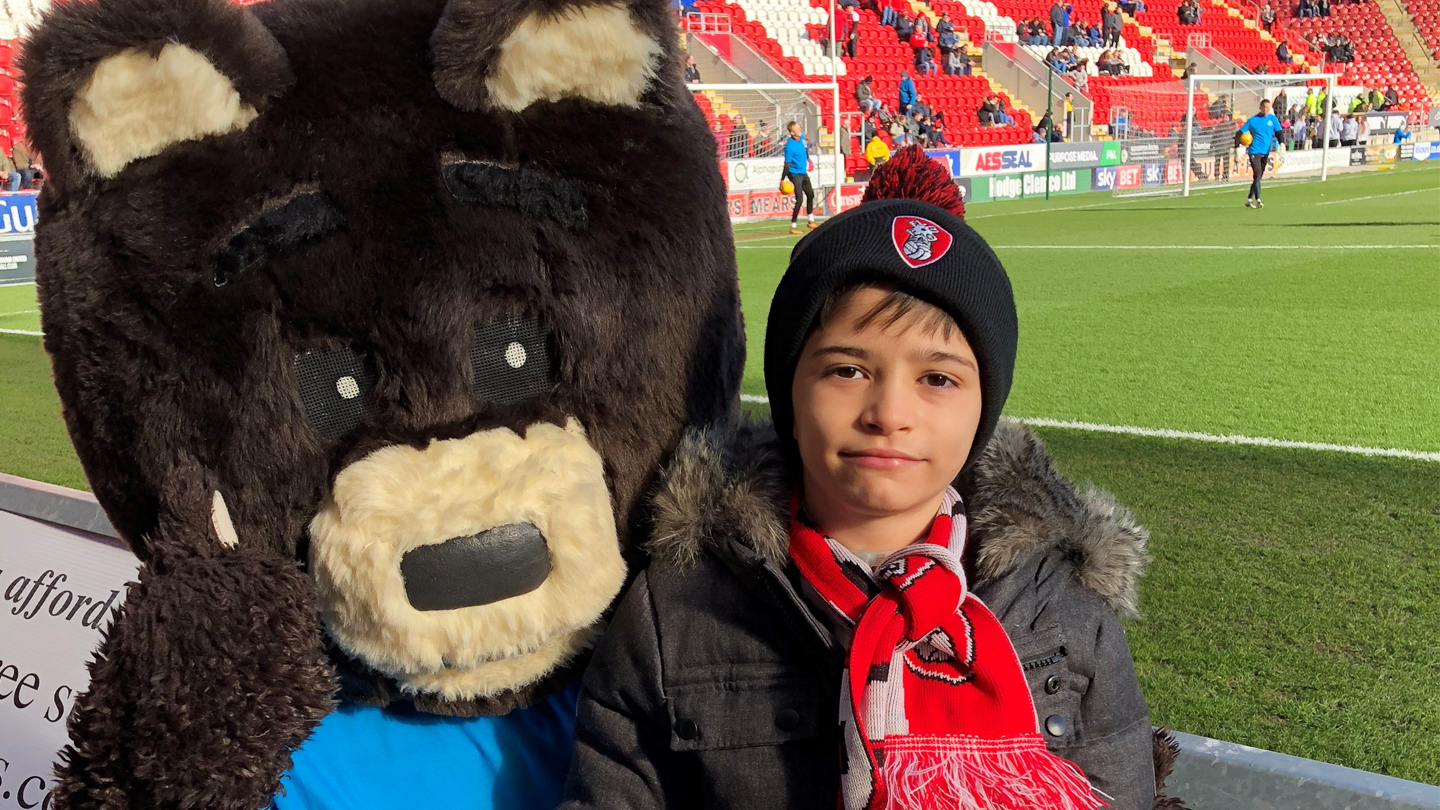 Having wished the lads good luck before the match, Callum then took up his seat in the stands at AESSEAL New York Stadium to watch an exciting South Yorkshire derby unfold, which ended with Joe Newell securing the Millers bragging rights from the spot with the final kick of the game.

We hope you had a great day Callum!