The jump from League One to Championship will have changed many things for Paul Warne, but the fundamental characteristics he looks for in a new signing will largely stay the same.

Warne brought success to the Millers last season based largely on the foundation of team spirit, good people and athleticism and all three character traits will remain at the top of his manifesto as he looks to add to his squad during the close season.

The jump to The Championship may change the standard of player he is looking to bring to the AESSEAL New York Stadium, but Warne insists it doesn’t matter how good a player is, first and foremost they must have the right character to fit into his current group. 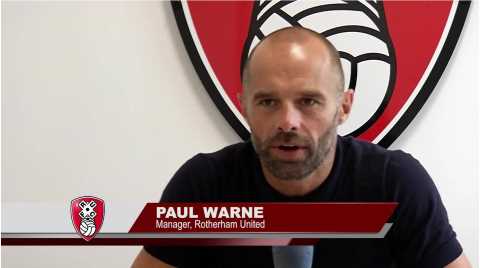 “I am all about personality and good human beings. I like proper people, I like proper athletes,” the manager told iFollow Millers.

“The people I have met, it is all about what is your character going to be like if you are not in the team. It is easy to be a great player and a great bloke if you are in the team and scoring goals, but what are you like when you are not. That remains the same as last year. I still want ideally younger players, athletic, physically resilient and who want to improve.”

A huge part of the Millers’ success last year was born out of an excellent pre-season where Warne took his side to Austria giving the new faces the opportunity to integrate into the squad.

Close season signings David Ball, Ryan Williams, Josh Emmanuel and Michael Ihiekwe amongst others all went on to play a vital role in the Millers’ promotion campaign which steadily improved as the season continued. 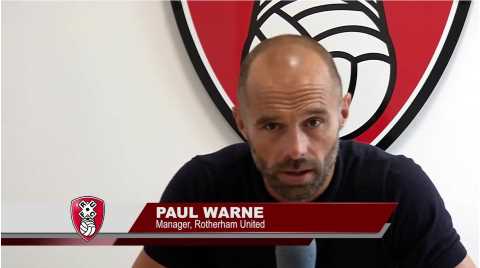 Warne says, like the players who have gone before them, that any new arrival will be given the platform to improve their game, stating his staff will leave no stone unturned as they look to bridge the gap from the third tier to The Championship.

“The one thing we say here is that we put all our efforts into the players,” he added.

“All my staff are excellent. Richie (Barker), Hammy (Matt Hamshaw) and Polly (Mike Pollitt), the coaches will work hard to try and improve the lads. We spend a lot of time with the players, we put in a lot of effort with them and hopefully improve them. If that means they come here for a couple of years and then go on to bigger and better things then I'd be over the moon for them. We want players we can do that with, so finished articles aren't necessarily what we are looking for.”