Rotherham United midfielder Ben Wiles has penned a new deal with the club.

The Rotherham-born youngster has signed a new one-year extension after turning professional at the start of the 2017/18 season.

The 19-year-old was regularly in Paul Warne’s first-team matchday squads last season, whilst he also made senior appearances against Chesterfield and Bradford City in the Checkatrade Trophy. 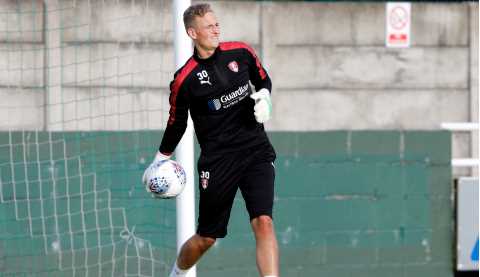 First-team/development coach Matthew Hamshaw sees great potential in Wiles, and hasn’t ruled out the youngster being a surprise package next season.

“The plan for Ben now is for him to complete his pre-season with us, and we'll see how he progresses,” Hamshaw explained to www.themillers.co.uk

“He is a lad who has been at the club since he was nine, that doesn't happen too often these days.

“He is a Rawmrash lad, so he gets a bit more attention from me! He is a great kid, he has a great attitude and he is doing well.

“It may be a big step to ask him to play in The Championship at this stage, but you just don't know. He could be one that gets thrown in at some stage and does well. If it happens that he isn't involved straight away then we'll look for a loan, but at this moment we'll have a really good close look at him in training and in our pre-season games.

“He knows what it means to be at this club, he is great to have around the place and he's certainly one for the future.”

The Millers yesterday confirmed that Akeem Hinds had signed his first professional deal, whilst Reece McGinley and Joshua Kayode have also been promoted from the club’s Academy.