Bolstering his central-midfield options remains the number one priority for manager Paul Warne as he looks to add again before Saturday's big kick-off at Brentford.

The Millers have made six close season signings, but whilst the goalkeeping and defensive departments have been heavily re-enforced, Warne is still looking for options to compete with Will Vaulks and Matt Palmer in the middle of the park.

During the second-half of Saturday's pre-season friendly against Mansfield, Warne looked at youngster Ben Wiles, versatile operator Billy Jones and defender Semi Ajayi in the engine room, but his number one priority is to bring new faces into the club, with less than a week remaining before the start of the campaign.

"I am pleased with what we have here, although you always want more," Warne explained to www.themillers.co.uk

"With the window how it is, you can think your squad is okay now but obviously you have to prepare for the worse case scenario. I have a problem to solve in the middle of midfield with only two central midfielders, so that is something that I, along with the recruitment team, are trying to deal with.

"If I start with Will Vaulks and Matt Palmer, who have both been excellent, then it is not as though I am looking to replace them, I need someone to come in and help them. We have Ben Wiles who is improving, but it is a big ask for him to make his league bow at Brentford away in The Championship. Ideally we would have someone in the building for next weekend, but if iis not meant to be with our targets then we'll expand the search."

Warne presided over another solid work-out at the One Call Stadium, coming through with no injuries as final preparations for the trip to Griffin Park are laid during this week. 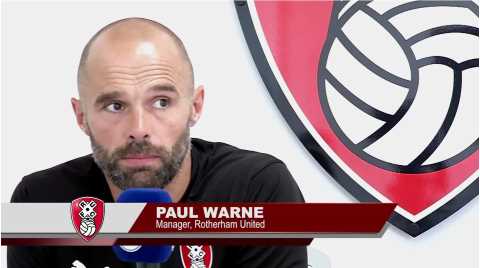 FREEVIEW | Warne still looking to add to his squad

With the transfer deadline approaching Warne believes that is squad could yet see some departures as well as arrivals, with the likelihood of some individuals moving out on loan.

"I don't dislike anyone in the squad, they are all fine people but some of them will get less chance to play this year because obviously we have gone up a league," he added.

"We have tried to bring other players in to compete, so everyone moves along the bus a bit. Some may feel that their game time is limited, I understand that, and we don't want to carry an unnecessary large squad so there will be two or three that possibly leave. I would have thought that would be on loan, but it is just a waiting game at the moment."