Rotherham United maintained an unbeaten start to pre-season after a Michael Smith brace helped secure a 3-1 victory over Grimsby Town in a behind closed doors friendly.

There was also a comeback for striker Jamie Proctor who played his first game since suffering a serious injury in August last year. 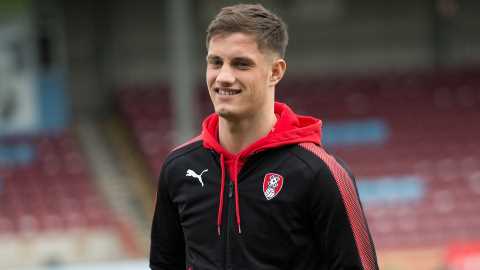 READ | Jerry moves out on loan

The Millers had to come from behind when JJ Hooper opened the scoring for Town, but Smith maintained his excellent goal ratio during pre-season to ensure that the winning run continued with just over two weeks until the new campaign.

The equaliser arrived when Semi Ajayi lofted a ball into a dangerous area and Smith rose to head across James McKeown to level the scores.

Warne’s side took the lead 15 minutes later when a swift counter attack had Grimsby in trouble with Jon Taylor on hand to finish from a tight angle after some slick build-up play.

Two minutes later ex-Bury front-man Smith bagged his second after nodding in from six-yards out to make it 3-1.

After the game boss Warne said he was pleased with another good workout which capped the end of what has been a productive week.

“I was really happy with the work out and there were no injuries,” Warne told www.themillers.co.uk 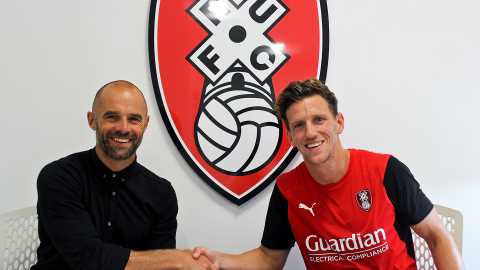 “All the senior professionals played 60 minutes and some like Will Vaulks played more. We were a little leggy from the running yesterday afternoon, so we weren't as sharp or as zippy as I would like. But we were really pleased with the performances, and we are now just trying to get them sharper as the days go on. It was good to see Smudge get a couple of goals, and Tayls did really well and got a goal to cap a good performance.

“It was good for the new lads to get used to the surroundings here, and the three young first-year professionals Akeem Hinds, Reece McGinley and Joshua Kayode all did well.

“The best thing for me was that we played against a 3-5-2, and in fairness Grimsby kept the ball really well and it was a better game than I could have hoped for, as in it was more like a Championship game than a League One fixture.

“We will watch the game back on Monday and re-enforce the messages. As the game went on we got better and better, pressed higher and higher, and created more chances. Tayls hit the bar, we had a good effort from a free-kick as well and Kyle Vassell had a couple of good attempts on goal.

“Bally looked sharp, and Procs played the first 15 minutes so it was great to see him on the pitch. He has a long way to go but he is getting there. It was a good day at the office.

“Billy Jones came on in midfield for me. He did really well and looked really sharp. He was composed on the ball and I was really pleased with him. It has been a good end to a good week.”