Manager Paul Warne says his top transfer targets are still within reach as he looks to further bolster his ranks ahead of the new season.

After securing deals for former Blackpool pair Clark Robertson and Kyle Vassell, plus a season-long loan for Bristol City defender Zak Vyner, the Millers boss has been waiting patiently as he looks to press ahead with the next round of new arrivals.

Warne, who watched his side record a 3-0 success at Sheffield FC last night, acknowledged he is light in certain areas, but stressed deals for his number one targets are still on the table, and are getting closer as he looks to fine tune his squad. 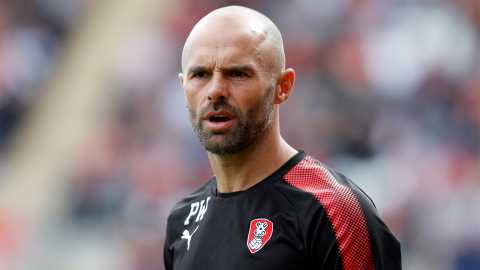 “The players that I want to bring in, I think we'll get them.” Warne told www.themillers.co.uk

“Obviously we do need some bodies. We only have two first-team central midfielders fit at the moment, so it is obvious that we need a couple of midfielders. I am looking at bringing in at least one more defender and maybe we'll look at something else up top. We also would like to strengthen the goalkeeper department. It sounds a lot but I am confident we'll be able to bring in a couple soon.”

With the new season firmly on the horizon, Warne is satisfied that the wait will be worthwhile with many clubs in a similar position as the transfer market picks up again following the completion of the World Cup.

With a behind closed doors game on Friday closely followed by a home friendly against Premier League Cardiff City, Warne is pleased with the way his current crop are progressing and confirmed he is happy with the latest progress on the transfer front.

“We will have a game behind closed doors on Friday, followed by a game against Cardiff next week, so we have opportunities there for more minutes for players and we are looking forward to getting a little bit better each day.

I am still very much set on what I wanted and from all the information that I heard today, everything is progressing how I would like.

“My first targets are still my first targets. I am not panicking, but I know we have two-and-a-half weeks so if and when I know it definitely isn't happening with one player, then I'll move on with my next target. We haven't got to that stage yet, I am still very much set on what I wanted and from all the information that I heard today, everything is progressing how I would like.

“The World Cup has slowed the market up, and whilst I am not signing anyone from Juventus, the impact from the top does filter down because it affects when others can be released. We need to make sure we get the right player and the right sort of human being here. That's what we'll continue to do.”