The Millers split their options with a team fronted by Warne at Sheffield FC, whilst assistant manager Richie Barker presided over the side at Stocksbridge Park Steels.

Both sides prevailed comfortably, but it wasn’t necessarily the results that Warne was looking for, but the fitness levels of his players following their week-long schedule in Austria.

On the whole, Warne admitted he was pleased with progress made, as the Millers close in on their return to The Championship ahead of the big kick off on August 4th.

“It is the first time most of the players have done 90 minutes this season,” Warne explained to www.themillers.co.uk

“Physically we look good, maybe still a little ring-rusty, we are certainly not quite 100% match sharp but we are coming along nicely.

“The match was a competitive game, which is why we came here, we really enjoyed it. I think we could have been three or four up at half-time, and whilst the scoreline doesn't flatter us, it could have been more. They caused us problems as well, they hit the bar, so overall it was a very pleasing workout.” 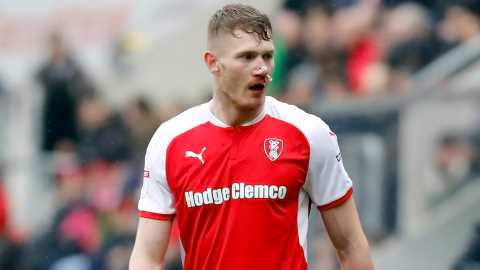 The Millers went in at the break level at the Coaches & Horses Ground but it wasn’t for the lack of chances, with Warne’s side finding Josh Turton in the Sheffield goal in inspired form.

The dominance eventually came through in the second-half with Michael Smith netting a brace, with strike partner David Ball also getting on the scoresheet.

There were plenty more opportunities to extend the lead, and Warne acknowledged the work in the final third as an area for improvement.

“I think we need to be a lot more ruthless in the box, but that will come when we get sharper,” he added.

“Generally speaking I am pleased.

“Smudge (Michael Smith) will be the first to say he should have had a hat-trick. His second goal was really impressive. We kept putting crosses into the box and creating chances but in fairness to their 'keeper he was the man-of-the-match. I think that says a lot. Generally speaking we are pleased with a few things, there are also areas we want to improve.”