Rotherham United are delighted to confirm the capture of striker Michael Smith from Bury for an undisclosed fee, subject to EFL ratification.

With Kieffer Moore’s season-long loan cut short, Millers boss Paul Warne wasted no time in swooping to secure the services of the 26-year-old front-man from fellow League One contenders Bury. 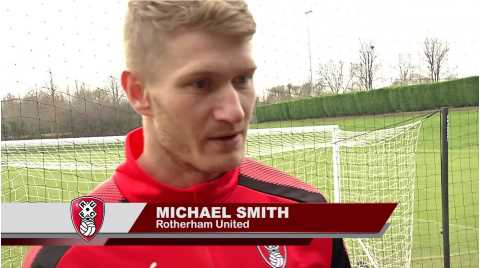 Supporters at AESSEAL New York Stadium have seen Smith in action this season, when he was introduced as a second half substitute in the home clash with the Shakers back in September last year.

Smith began his footballing journey with the decorated Wallsend Boys Club before joining Darlington in 2010.

A stint at Charlton followed where he found game time limited making loan switches to four different clubs whilst contracted at The Valley.

Also on his CV are stints with Swindon Town and Portsmouth prior to his arrival at Gigg Lane last summer.

Full interviews with the new Millers forward and boss Paul Warne to follow on www.themillers.co.uk.