New loan acquisition Caolan Lavery insists his early impressions of Rotherham United evoke a number of qualities from the Sheffield United team that stormed Sky Bet League One to earn the title and promotion to the Championship last season.

The Canada-born attacker featured 30 times in league and cup competitions for Chris Wilder’s side last season before an injury halted his progress at the beginning of the 2017/18 campaign and having met with Millers boss Paul Warne and his new teammates, Lavery believes there are a number of similarities between the two clubs.

“I'm really looking forward to it. I had a good conversation with the manager and he explained what's going on behind the scenes and the type of group he has and it sounds very good and very similar to what we have going on at Sheffield United,” he told www.themillers.co.uk. 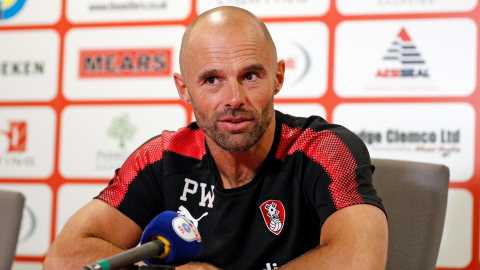 “He [Paul Warne] played a massive part and he seems like a great man to work for. He likes to get everyone together, which again, is similar to what the Gaffer at Sheffield United has done, in that he's brought in a lot of good people and got them working together as one.

“I know a few of the lads at Rotherham and I know that they're all good lads. I guess it is a little compliment that he's added me to that group, which is always nice.

“I'm looking forward to it and the Gaffer definitely did a good job in selling in to me.”

Lavery joins to bolster the Millers attacking options following the arrival of Michael Smith from Bury during the January transfer window and concedes that he knows a place in Warne’s squad will have to be earned and not guaranteed but is happy to put in the necessary work to secure a starting berth.

“I've got to get myself in the team first of all, which won't be easy because the lads are doing so well, but I'm looking forward to getting a run in the side and hopefully scoring some goals. The main thing is helping the team in getting to where everyone wants to be.

“I'd like to think I'm a pretty honest lad. I'll work hard for the team which I think everyone should do, regardless. 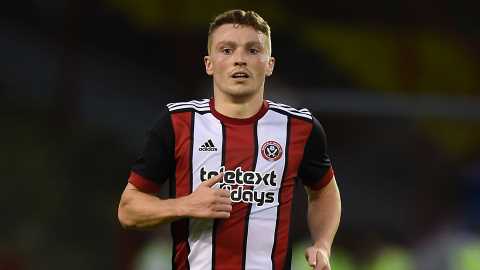 “I'm a hard-working centre forward and I try to put myself about. I play on the shoulder and try and get behind the back line and hopefully that leads to scoring a few goals as well.”

With the Millers sat in the Sky Bet League One Play-off places ahead of this weekend’s fixtures, Lavery is keen to secure promotion from League One for a second successive season and is keen to prove his worth after an injury setback earlier this season.

“It's definitely something that I think everyone at the club is aiming towards and I was lucky enough to be involved in it last year,” he continued.

“It's a good place to be and a good feeling to have when things are going well and hopefully I can contribute as much as I can and let my football do the talking.

“The injury I had at the start of this season was a pretty nasty one and quite a rare one to be fair. It was disappointing to miss such a large chunk of the season and I'm really looking forward to getting going now. “