MILLERS defender Semi Ajayi has labelled his side’s recent clean sheets, as his “pride and joy”, after making it a trio of wins and shutouts in their hosting of AFC Wimbledon.

Following some early season defensive deficiencies, Paul Warne’s side have recently become a tougher nut to crack - with a rejuvenated Ajayi a key component of the Millers’ new-found resolve in the defensive areas of the pitch.

Ajayi admitted that he takes particular satisfaction in keeping the opposition at bay while praising his side’s ‘thou shall not pass’ mentality in recent weeks. 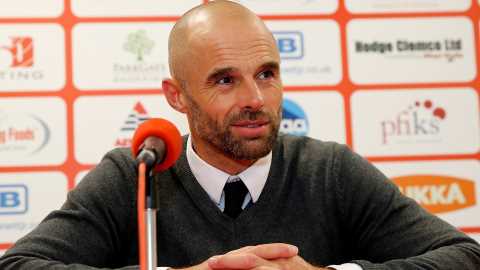 "As a defender, clean sheets are my pride and joy,” Ajayi enthused.

“Every time we pick up a clean sheet, it's not just for the defence, it's for the whole team. We are defending really well as a unit at the moment.”

Warne has been operating with a mixture of youth and experience at the heart of the Millers rearguard – with Ajayi partnering club skipper Richard Wood, who has been rewarded for his fine individual form with a contract extension until the summer of 2019.

The presence of Wood has arguably brought the best out of Ajayi, who has found a new lease of life with the duo becoming fine exponents in shackling opposition strikers while proving a threat at the other end of the pitch, as Ajayi’s vital strikes against Plymouth Argyle and Walsall would testify.

With Wood committing his future to the Millers despite reported interest from elsewhere, Ajayi was quick to hail the impact of his centre-half partner in the club’s recent revival of sorts.

"I think we kind of complement each other,” Ajayi revealed.

“I played with him a lot last season and we've just carried the partnership we had last season into this one.

"Once the second goal went in (against Bradford), I thought we were solid enough at the back to see the win out and we managed to do that, so it's really pleasing.

"At the moment we have great momentum being 10 games unbeaten - with seven wins out of those nine games, so everything is going really well.”