Rotherham United’s first team and staff were out at two special local venues to show their support on the first of two dates in the Christmas calendar, as representatives paid visits to the Rotherham Hospice and Rotherham Hospital on Thursday afternoon.

Following the conclusion of the day’s training session at Roundwood, Paul Warne’s side was divided up into two groups for visits to the charity on Broom Lane and the hospital on Moorgate Road, where they went to meet patients and staff as part of the club’s annual Christmas visits.

Both sets of players attended with bags of Rotherham United gifts and chocolates to hand out before signing autographs and having photos taken with patients and staff. 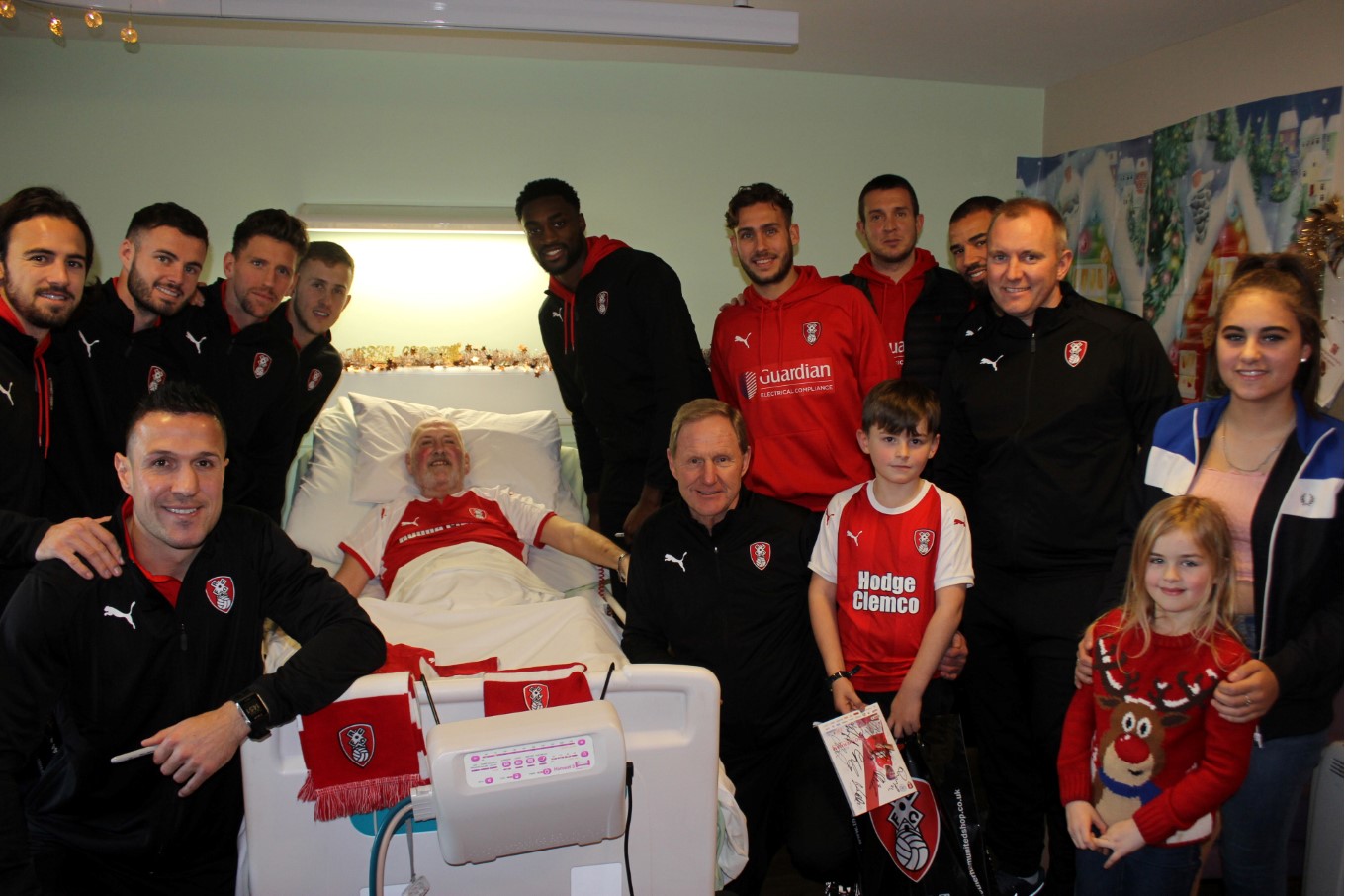 As ever, the trips were organised with the help of the club’s Community Sports Trust, with Head of Community Jamie Noble at the forefront of arranging the festive visits.

Club captain Richard Wood, who was in attendance at the Rotherham Hospice, reiterated the importance of the club’s work in the local community, particularly at Christmas, adding his praise for the staff who work so hard year-round at both organisations.

“It is always great to be able to try and put smiles on the faces of people in the Hospice and the hospital at this time of year and I would like to thank both for allowing us to come up and visit during the festive period,” he told www.themillers.co.uk.

“The club, the manager and the lads are all well-aware of the impact that we can have in the community but is especially pleasing to be able to give something back at Christmas time.

“We hope that our visits brought some festive cheer to the patients at both, but also the staff, who do such a fantastic job for the local community throughout the year.

“It certainly puts into perspective how privileged we are, especially at this time of year.” 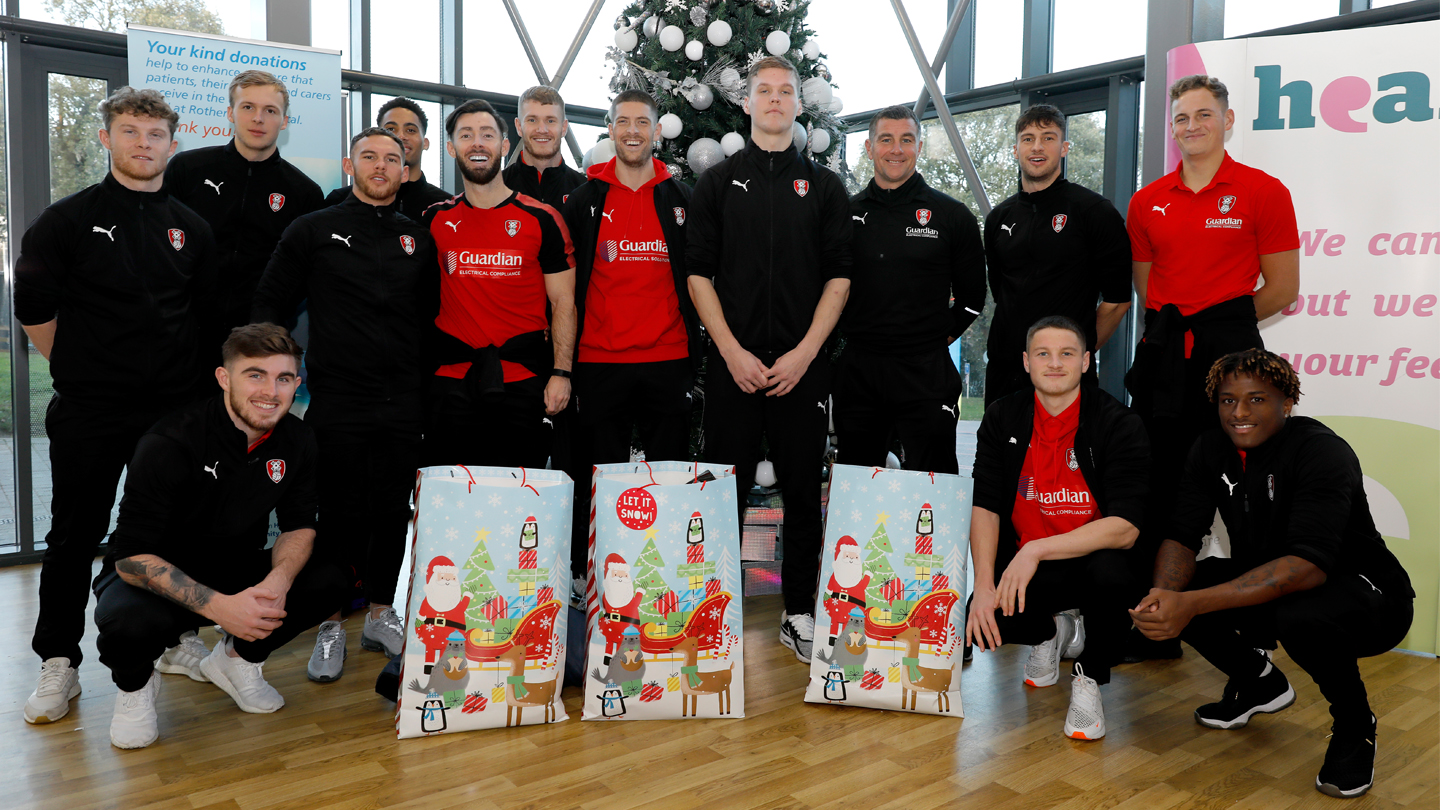 Head of Community Jamie Noble echoed the sentiments of the Millers’ skipper, whilst reiterating the importance of the club’s Christmas visits.

“As soon as we were given the green light to visit by both the Hospice and the hospital, we knew we wouldn’t be short of volunteers from the first team and everyone made themselves available, which is great to see,” he explained.

“This group of players fully appreciate how big an impact they can have in the local community and it was great to see smiles on faces of patients at what can be a difficult time of year.

“I would like to thank the lads, the staff and manager Paul Warne, who was once again fully supportive of these visits.

“I would also like to reiterate how proud we are of our association with everyone involved at both organisations and thank them for allowing us to come and visit again this year.”

The Millers are also set to visit Bluebell Wood Children’s Hospice next week.