Rotherham United were once again honoured to be invited by Bluebell Wood Children’s Hospice to make a special Christmas visit to the North Anston charity.

Bluebell Wood ambassador Will Vaulks was joined by Millers teammates, staff and representation from the Community Sports Trust on Thursday, for the trip which saw them sign autographs, pose for photos and hand out gifts ahead of Christmas.

The club, who have already been out in the community during the festive period at Rotherham Hospice and Rotherham Hospital, are regular visitors to Bluebell Wood, with ambassador Will on hand most weeks at the charity.

As an extra show of support, the Millers’ first team players and staff came together at their Roundwood training base to collect for a donation, which they handed over this week.

Following the trip, Will was quick to talk about the bravery of the many people that he has befriended at Bluebell Wood, whilst reiterating how lucky the area is to have such a wonderful charity on its doorstep.

“I just want to say that it was brilliant to show the lads what Bluebell is like. Obviously, having spent time there over the last 18 months and met some of the families, I was aware, but the lads were blown away by what they do and how amazing the place is,” he told www.themillers.co.uk.

“I think the lads that haven't been before were surprised by how happy a place it is, which is really important for Bluebell because a lot of people fear the word 'hospice'.

“The lads were brilliant and we all had a little whip round and managed to raise some money which came to £1,760 which was great and they were really grateful for it.

“The families enjoyed spending time with the players and some of the kids were Rotherham fans, so they had some pictures and collected some autographs. 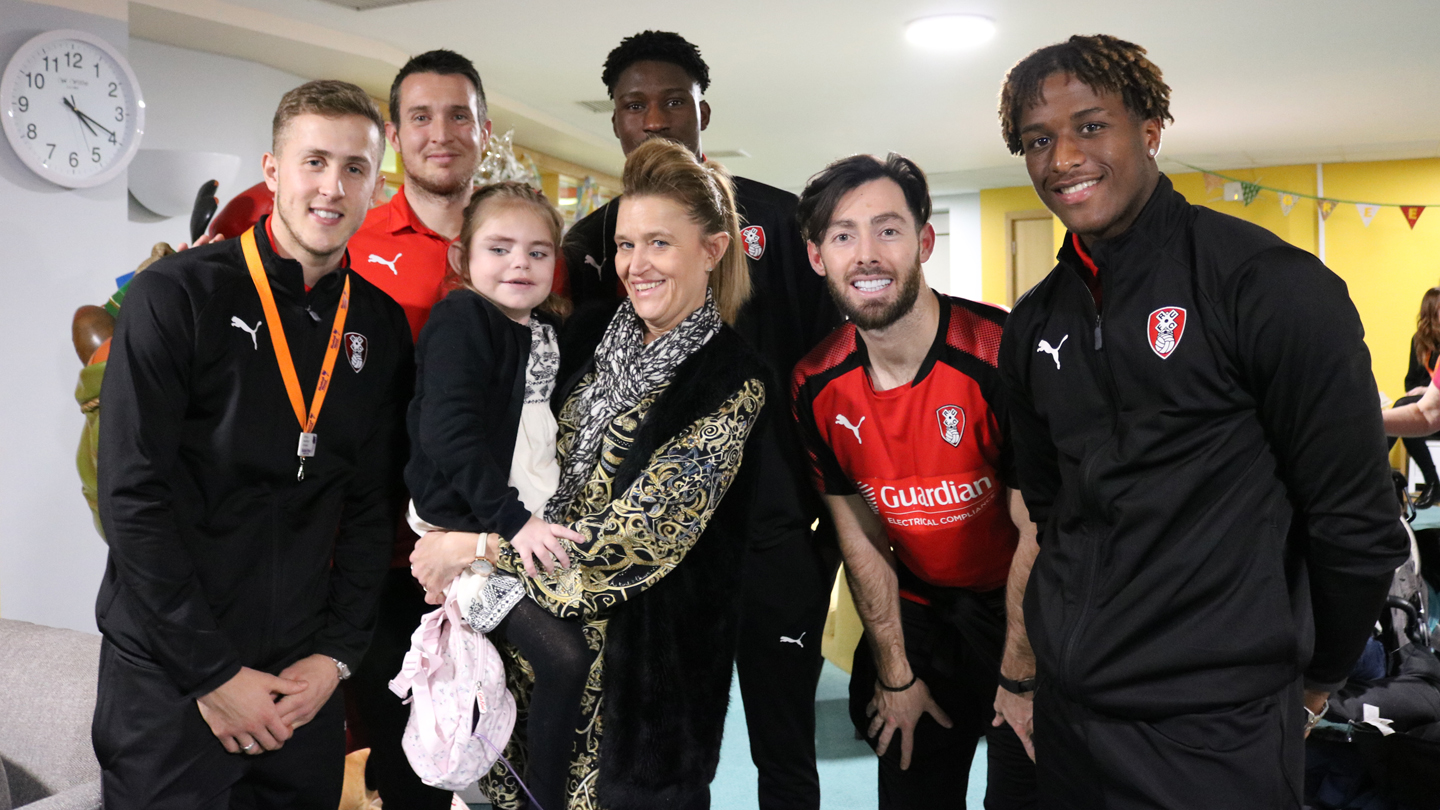 “These visits are important for the staff too, and especially enjoyable for Gail Parkin who is the Head of Sheffield Fundraising and is a massive Rotherham fan. The staff are the heart of the hospice and the amount they do is unbelievable and that was the feeling from a lot of the lads coming away.

“There are only 53 nationwide and Bluebell covers the whole of Rotherham, Sheffield and North Lincolnshire, Chesterfield and a load more places. It covers a massive area because there aren't many children's hospices.”

Head of Community Jamie Noble, who attended the visit and supplied gifts for staff and patients at the hospice from the Trust, echoed the sentiments of Vaulks.

“I think the impact these visits have is there for all to see,” he explained.

“For just a small time in our week we can make such a big difference to some courageous individuals.

“The Bluebell Wood hospice visit was one of three Christmas squad visits that we commit to every year and on each occasion, I think I speak on behalf of everyone who attends when I say that we come away with a sense of how fortunate we are, especially at this time of year.

“I am in regular contact with the staff and I have to say, it takes a special type of individual to carry out this vital care and many of them are just volunteers looking to make a difference.

“I would like to thank the players and staff for taking the time out to make these very special visits. This particular group never need any encouragement to help out in the community, they really are a credit to themselves and the club.”