Winger Anthony Forde knows he can’t turn back the clock, but says the Millers are determined to make the necessary improvements for the upcoming trip to Bristol City.

The Millers tasted defeat on Boxing Day in a tight contest at Bolton, where there was nothing between the two sides.

Boss Paul Warne acknowledged his side weren’t at their best at the University of Bolton Stadium, with Forde also stressing the Millers played into the opposition’s strengths.

But with the Christmas period throwing games into the calendar thick and fast, Forde says the quick turnaround will give the Millers the chance to swiftly move on. 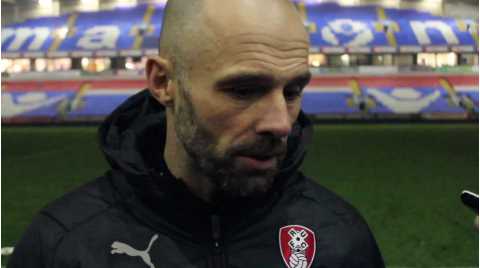 With Bristol City next on the menu, Forde is looking forward with the opportunity of two more Championship fixtures in quick succession.

“We just need to knuckle down now with a lot of important games coming up. We need to concentrate on what's next,” the Irishman said.

“It was frustrating. We didn't really take control of the game. The ball was in the air for a lot of the game, and we kind of played into their hands. That's the way they wanted to play.

“We lost the game (Boxing Day), we didn't play as well as we could, we didn't create as much as we should have done, but I think that is because the ball was in the air a lot and we didn't take control and switch the play and get it out wide early enough. That's something we need to look at and try and do better in the next game.

“We'll do our recovery and try and get to as near to 100% as we can for the Bristol City game.”

The Millers drew their contest with the Robins earlier in the season after a close encounter at the AESSEAL New York Stadium.

Despite a tough day in Lancashire, Forde is focused on the next challenge with the former Walsall ace keen to move on as the Millers look to kick on into 2019.

“We need to forget about Bolton now, luckily we have a game sharpish so we can change it straight away,” he added.

“We need to get our heads down and turn it around because we have the chance to.

“Christmas isn't hard to deal with, we are used to it as professionals. We'll be in and preparing for Bristol City straight away. We'll look over that game (Bolton) and look on what we need to improve on, and then focus on Bristol City. That game is over now (Bolton), we have a lot of important games coming up, so that's our focus.”