Recent performances might not have produced deserved wins, but midfielder Richie Towell says confidence is flowing through ranks ahead of the busy Christmas period.

The Millers have gone toe-to-toe with some of the Championship’s heavyweights in recent weeks, but most will agree that the performances have not been reflected in the overall points haul.

After enjoying strong performances in home games against QPR and Sheffield United, and taking league leaders Norwich all the away at Carrow Road, Paul Warne’s side can rightly be disappointed that no wins were forthcoming. 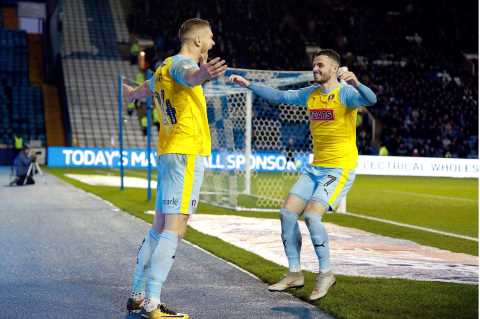 Last Saturday saw another positive showing against Sheffield Wednesday at Hillsborough, but after Towell had put the Millers in the ascendancy the Owls levelled for a share of the spoils.

Despite not claiming all three points in recent games, Towell says the players have taken heart from their displays, and admitted confidence in their abilities has never been higher as Warne’s side prepare for the traditional festive rush of fixtures.

“We'll analyse what we can do better to try and turn some of these draws into wins,” the popular Irishman told www.themillers.co.uk

“We want to move forward, there are a lot of games coming up and it is important that we keep picking up points where we can. We are looking forward to the tough challenge of Reading now.

"I think there is a lot of confidence running through the group now. That's down to the gaffer and staff in how they have instilled that into us. We feel really confident going into every game, especially at home, and now even the away games as well. We always feel that we can win game in this league. We were never content at any point during the Sheffield Wednesday game with a draw, we always wanted to go there to win and it's just unlucky the way it finished in the end.” 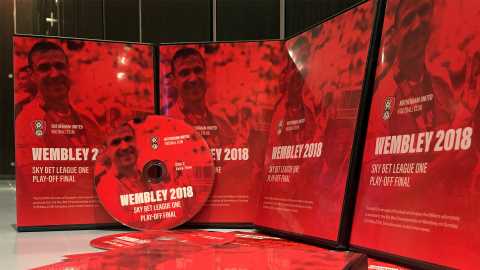 SHOP | Wembley DVD in stock ahead of Christmas

Towell has been in the goals in recent weeks after opening the scoring in the defeat at Norwich, and was at it again at Hillsborough when his long range daisy cutter found the bottom corner.

The midfielder admitted his joy at adding his name to the derby day scorers list, and agreed with most onlookers that the Millers deserved more than a share of the spoils.

“It was great to score last weekend but not winning the game was a little disheartening,” he added.

“I thought that our play deserved to win the game but it just wasn't to be. To score though at Hillsborough in a derby game was nice, and I probably should have had one or two more as well.

“They scored against the run of play in the first-half. We played well and were much the better side in the first-half, they had few opportunities but snatched a goal with a long ball over the top. We did well to come out fighting after that, and deservedly got in front but unfortunately we couldn't see the job through for what would have been a deserved victory. We'll take the point though and move on now to the next challenge.”