Billy Jones knows all too well just how important it is to have a strong mental approach in The Championship, and he says Rotherham United certainly won’t be lacking character this season.

Jones endured a difficult campaign last time out as his Sunderland outfit, despite being blessed with a talented group, fell through the league, with the experienced defender citing their mental approach as a reason for their demise.

Strength of character is a characteristic his current team won’t be deficient in this season, with Jones impressed by the team ethos being created by boss Paul Warne as the Millers earned their first victory of the season against Ipswich at the weekend.

“We are looking at having a very successful season,” said Jones. “It was highlighted that it will be tough, but that's The Championship. It is a great league, but a really tough competitive one. 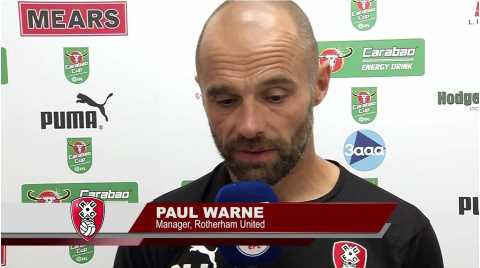 “The gaffer here likes to build his teams around a strong work ethic first and foremost, and he likes to create a strong team spirit and that goes a long way in this league.

"I found that out last year with some of the games. As a group at Sunderland we lost matches because we were out run, out fought and out battled. It didn't even come down to the technical side of it. It is massively important for us to be competitive and to have all those aspects which will bring success.”

Jones boasts a CV packed full of experience after making his debut in the second tier for Crewe back in 2003.

After leaving Gresty Road he would enjoy a spell with Preston North End, before becoming a regular in the Premier League with West Bromwich Albion and Sunderland.

After departing the Stadium of Light during the close season, the 31-year-old agreed a deal with the Millers, but has had to wait patiently for his opportunity so far.

After joining up with his new team slightly later than the majority of the group, Jones now feels he is up to speed and ready to go.

“Throughout the off season I had been working hard knowing as time got closer to clubs starting back for pre-season, I had to be ready to hit the ground running,” he explained.

“It was quite hard not being able to train at a club before I signed here, but I’ve worked hard and now I need to be ready should an opportunity arise.”