HE may have etched his name into Millers folklore with his Wembley heroics, but club skipper Richard Wood admits that he is focused on the club’s impending Championship challenge.

The likable defender enjoyed the stuff of dreams, as his well-taken brace put pay to the challenge of Shrewsbury Town in the showpiece Play-off final and Wood, who became the darling of the Rotherham faithful following his man-of-the-match display at England’s HQ, believes the real prize for him and the rest of Paul Warne’s side will come in the shape of a return to the cut-and-thrust of Championship football. 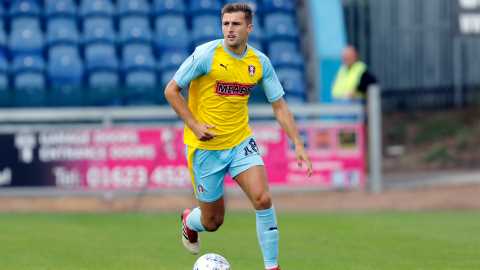 “Wembley was the highlight of my career. It was unbelievable,” Wood enthused.

“I look back now and watch videos and see pictures and it’s something that will live with me for the rest of my life.

“However, I have put that to the back of my mind and concentrate on this season.”

Despite Wood’s fairytale finale to last season still being fresh in the memory, the Millers have soon had to turn their attentions back to the Championship arena. With England’s second tier seemingly tougher by the year, Wood dismisses the notion that the club will suffer any hangover from their previous Championship campaign by stressing that Warne’s side are suitably equipped to cope with the demands of the division this time around, especially if they get off to a good start. 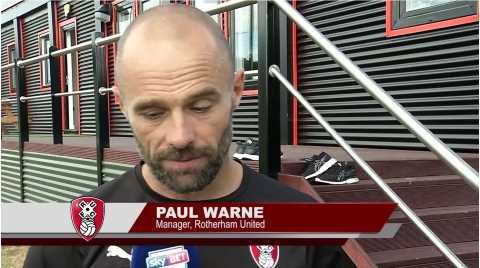 “It’s a tough league, so we have to start well,” Wood warned.

“We need to get as many points as we can as soon as possible. The longer it goes without picking up points, then you can struggle. If we can start off flying, which we hope we can do, then that will be great for us.

“Everyone wants to play in these kind of games. You want to go to big stadiums and cause team’s problems. Everyone will look at us as a small team and say we are relegation favourites but we don’t see it like that. I’m sure we will prove people wrong.”