Assistant manager Richie Barker says conversations are continuing as Rotherham United look to add to their ranks before the closure of the transfer window.

Paul Warne is keen to add to his squad before Thursday’s deadline and has made no secret of his desire to add competition to his central midfield options.

With Matt Palmer and Will Vaulks occupying the central areas, Warne’s search for added competition was given a boost by the performance of youngster Ben Wiles last Saturday, but another body in the middle of the park remains top of his priority list. 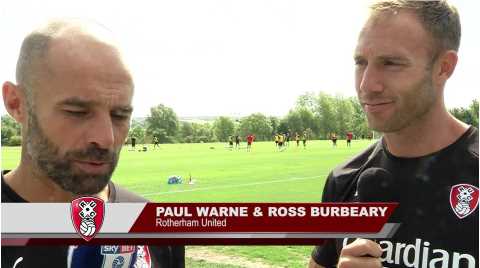 Barker says work continues behind the scenes, but should a deal not be right before Thursday’s deadline, he says the Millers are prepared to wait with the loan window closing at the end of the month.

“We have had a couple of conversations this week, but there are others clubs who are looking to do business so there are other offers to compete with,” Barker explained to www.themillers.co.uk

“We need to try and ensure that any future signings are not too down by the result at the weekend. Once we are at the stage of sitting down with a player we need to persuade them that this is the place for them to come and play their football. We will be working hard over the next couple of days, but there is still the loan market which stays open until the end of August.

“Ideally we want players in as quick as possible but it is not the end of the world if it is not done by Thursday because the loan window stays open. We want to get the right person and if that means we have to wait an extra week, then so be it.” 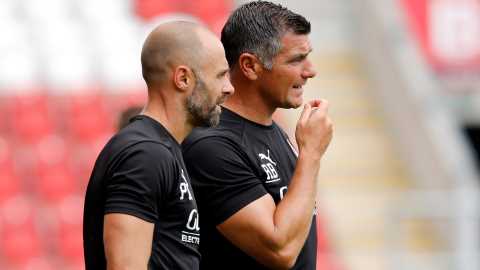 During the close season Warne added six new faces to his squad with his defensive options bolstered with the arrival of Marek Rodak, Billy Jones, Clark Robertson and Sean Raggett.

Warne has been keen to add to his midfield, but will be comforted by the contribution of Wiles, who impressed with this league debut against Brentford.

“Ben has been excellent for the last six or seven weeks,” Barker added.

“Since we have come back for pre-season, he's impressed. He went away a boy and came back a man. He fully deserved his chance at the weekend, and it was great for him to make his Championship debut and not look out of place."