Utilita have been added to our growing list of platinum partners – agreeing a two-year deal with the club to become our official energy partner for the 2018-19 and 2019-2020 seasons.

Utilita will also be supplying the power for the AESSEAL New York Stadium and local business ASD Lighting – who are owned by Chairman, Tony Stewart.

Utilita branding will be visible throughout the stadium on matchdays, with the company taking on numerous high impact entitlements as part of their partnership with the club. 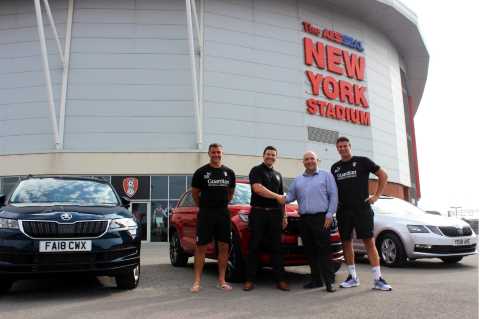 “We are thrilled to announce this exciting new partnership with such a well-respected and recognised business. Utilita will be a presence in many households, but they also have a fantastic reputation in sport, working alongside a number of organisations,” said Commercial Director Steve Coakley.

“They are also the main energy supplier to ASD Lighting – so there is no better endorsement for the football club than from the Chairman’s own company.

“We are delighted to be working alongside Utilita and we are looking forward to further developing the partnership going forward.”

Ten years ago this month Utilita installed Britain’s first ever smart meter – more than 90% of their customers now have one installed, the highest percentage figure in Britain.

Utilita have also registered enormous growth – jumping from 200,000 to 675,000 customers in just three years – and have plans to open a series of High Street shops across the UK. 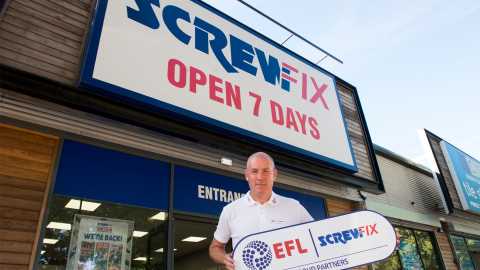 READ | Screwfix signs as an official partner of the EFL

In 2018, Utilita were named a Top 5 supplier for customer satisfaction by Which? They also won a coveted Uswitch award for their app.

Jem Maidment, Director of Marketing and Communications at Utilita, said: “Our presence in South Yorkshire is constantly growing – we have a successful call centre in Sheffield - and we are delighted to be powering the Millers for the next two seasons.

“It is an exciting time to become a partner of the club after last season’s success and we are looking forward to making connections with Rotherham’s local businesses and fans.

“At Utilita, we pride ourselves on supporting Britain’s hard-pressed families and engaging with local communities across the UK. Through this partnership, we will have an increased presence within Rotherham and we are looking forward to promoting our products and services in the area.”