The first EFL fixtures to be domestically streamed to fans (behind a paywall) based in the UK and Ireland have been confirmed today for the opening weeks of the 2018/19 season.

EFL matches across all three divisions are being made available to domestic supporters for the first time this season, following a successful introduction for overseas viewers throughout 2017/18 campaign, where matches were broadcast via iFollow into 165 countries worldwide.

The platform will now enable domestic supporters the opportunity to watch their team during the EFL season at a cost of just £10 per match in an extension of what has already proved a popular service for EFL supporters, while also providing EFL Clubs with the opportunity to access a new multi-million pound revenue stream. 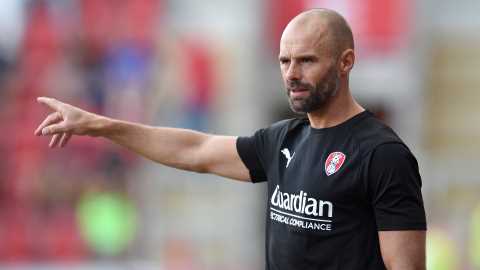 Matches will then follow across all three divisions, with a tantalising set of midweek fixtures available to domestic subscribers taking place on Tuesday 21 and Wednesday 22 August. Highlights include Paul Warne’s Rotherham United hosting Hull City in the Sky Bet Championship, Burton Albion travelling to Bradford City in League One and Checkatrade Trophy winners Lincoln City welcoming Bury in League Two as 31 EFL fixtures are set to be streamed domestically across the two evenings.

Access to domestic live streaming must be bought on a match-to-match basis, with all eligible fixtures currently announced up until October 5 available to purchase now via each Clubs official website. 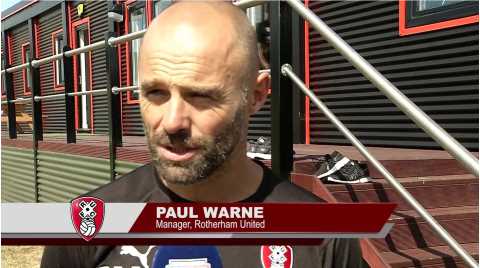 The iFollow platform is set to be the only place to watch enhanced coverage of Sky Bet Championship matches in 2018/19, with a four camera production deployed at each midweek fixture to create a better viewing experience. Games that take place away from midweek, or moved from an original 3pm slot on a Saturday, will be produced with single camera coverage.

The dates for the enhanced Championship midweek coverage are:

There have also been major improvements across the platform, with added commentary services, a new graphics package and an improved app and video player included in the 2018/19 subscription in not only the Championship, but also League One and League Two.

These developments will also benefit overseas subscribers with the enhanced production values being made in all locations, despite international prices remaining frozen from 2017/18.

o They have not been selected for broadcast on Sky Sports or for international distribution in a territory to have an overseas broadcast partner.

Available to purchase are the following iFollow products:

Audio only commentary is also available for £45 per year or £4.99 per month to both overseas supporters and those based in the UK and Ireland.

To purchase a match pass or to view relevant subscription information relating to iFollow visit your Club’s official website, or via https://www.efl.com/iFollow/.

EFL Chief Executive, Shaun Harvey, said: “Whilst the EFL does not believe anything can substitute the live match experience, the domestic streaming of iFollow gives supporters an opportunity to follow their team no matter where they are.

“Importantly, for supporters not able to attend matches because of travel times or school and work commitments, we believe this is a significant development to making our game more accessible.

“Last season was a revolutionary first in our competitions with the introduction of iFollow and that innovation has continued into the 2018/19 season as iFollow becomes part of the now established and internationally recognised EFL brand.

“This season will see the production values enhanced to a level not delivered before, with multi-camera angles available for some fixtures and improved graphics packages – We’re delighted to be able to continue to provide this to not only an international audience, but open it to a domestic audience as well.

“The iFollow service gives supporters of our Clubs a great option to watch their team, if not the best direct to consumer option out there.”

Which Clubs Are Involved