Saturday marks a return to home action in the Sky Bet Championship for Rotherham United for the first time in 2018/19, and boss Paul Warne has called on the AESSEAL New York Stadium faithful to set the bar high with some inspiring atmospheres this season.

The club are encouraging supporters to show their colours and to recreate opening day atmospheres of years gone by as Warne’s side go toe-to-toe with Ipswich Town on Saturday.

With the Millers, weather permitting, set to unveil our centre circle flag from Wembley, plus an official Championship debut outing for the giant flag paid for by the fans last season, the club are looking to whip the atmosphere into a frenzy as the Millers boss looks for every possible advantage for what promises to be a tough, but exciting second tier season. 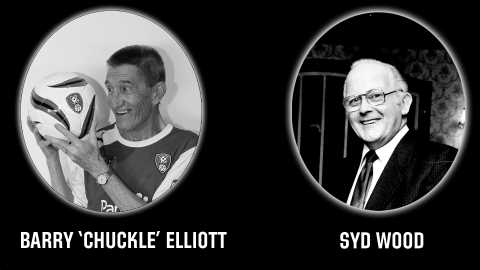 Warne has vowed that his players will be giving their all on the pitch and has asked that the supporters to the same off it as the Tractor Boys come to town.

“I will always promise that my lads will give 100% as a minimum on the pitch and it’s their responsibility to inspire the crowd,” he told www.themillers.co.uk.

“We know that there will be times where we’ll have to dig in and we won’t always have all of the ball because the standard in the Championship this year is as good as it’s ever been.

“With that said, I believe with the spirit, tenacity and determination of this group, we can compete and surprise one or two teams this season. For us to achieve results, especially at home, the atmosphere here at AESSEAL New York Stadium will be a key part of our plan for success.”

Warne continued to recount some of the most atmospheres he considers most notable from his recent times with the club, and has asked for more of the same on Saturday, whilst thanking the 900-strong following for their unwavering support in defeat in the capital last time out.

“I know only too well from my experience in the past just how important the contribution from the terraces can be,” he added.

“There is no doubt in my mind that in games in the past it was the crowd that got us over the line and you only have to look back at Portsmouth and Doncaster last season, before going back to last time we were in this league against Middlesbrough and Leeds, where the ball was almost sucked in by the fans.

“I thank the supporters for staying behind us at Brentford and clapping us off in defeat, that meant so much to every single one of the lads and staff. I ask you to stick with us this season, but I’ve been here long enough to know that you will.

“Really get behind the team because everyone in life needs a little bit of love from time-to-time, and I know my young lads will respond to the encouragement from the terraces.

“Thanks in advance for your support. Warney.”