The G4S Trophy Finals held on April 21st during the Rotherham Vs Bristol Rovers match, where Wales Primary and Rawmarsh Rosehill Primary went head to head.

The match was very open considering what was at stake. Both teams clearly wanted to attack and go for the win.

Rosehill went 1-0 up through a composed finish when a nice through ball which was played to their striker.

Wales Primary swiftly equalised with a fantastic strike through their goalkeeper when he launched the ball forward which ultimately ended up in the net.

Rosehill Primary’s Goalkeeper pulled off some fantastic saves throughout the game to keep their hopes of winning the title alive.

Wales Primary managed to go a goal ahead which relived the pressure. This enabled them to play some quality football and score another 2 goals.

Rosehill fought hard and played with class however couldn’t quite manage to score again.

Wales clinched the trophy with a 4-1 victory and became the first team to retain the trophy.

We want to say a massive well done to both teams for making it this far and commiserations to Rosehill. Both Rosehill and Wales have played quality football throughout the tournmant and are a credit to their school.

Thank you to everyone who took part in the competition, if your local school would like to enqure about opportunities with Rotherham United Community Sports Trust, please contact; gwebb@rotherhamunited.net. 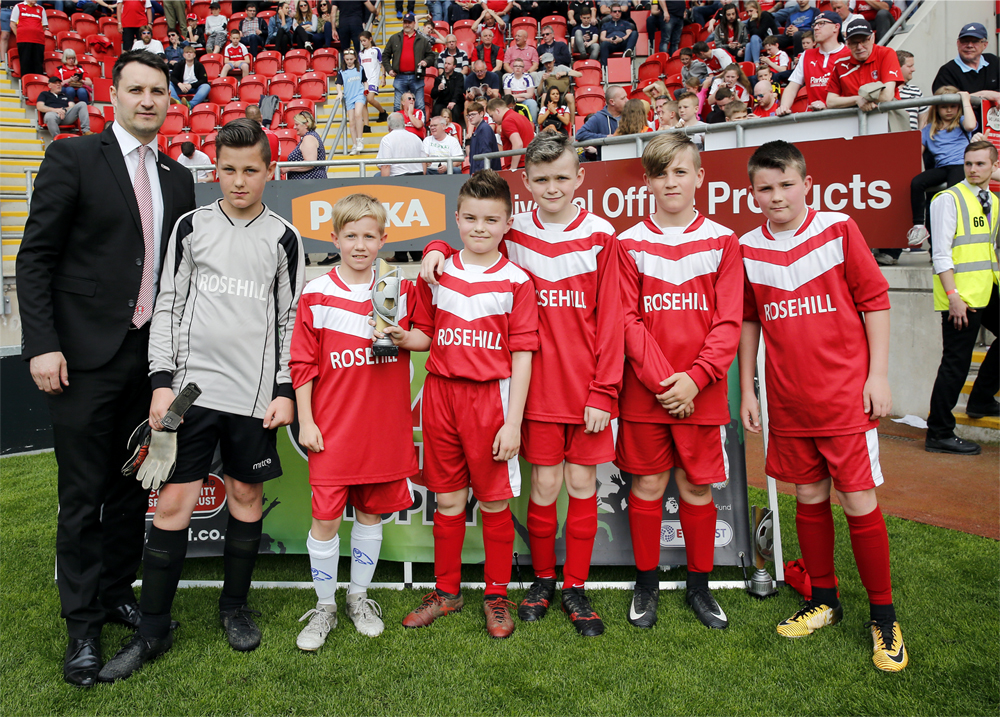