There is certainly some validity to the theory that if you take your chance, you will be given a run in this current Rotherham United side.

Boss Paul Warne has been true to his word on a number of individuals this season, with the stand-out figure being Jon Taylor, who was given a start in last weekend’s victory at Portsmouth following a strong second-half performance the previous week at home to Charlton.

After netting the winner at Fratton Park, Taylor’s stock has never been higher, but with the likes of Joe Newell and Alex Bray pushing behind him, he knows he must maintain his recent high-standards. 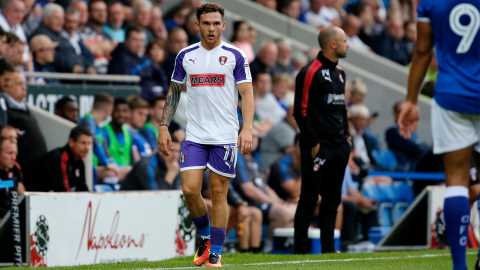 READ | Taylor explains how patience paid off in Portsmouth opener

“I've had to impress the gaffer in training and the couple of cup games I've been involved in,” Taylor informed www.themillers.co.uk

“He always tells everyone that they'll get their chance and he's true to his word, you just have to take it when it comes. The key now is maintaining the form, because with the competitive nature of the squad, there is always someone ready to take your place.”

Taylor was in the starting 11 for the season curtain-raiser against Fleetwood Town, but following defeat he found himself sidelined as Ryan Williams and Newell took up the mantle.

The ex-Peterborough operator admitted it was tough to force his way back into the elite 11, but everyone is on the same page as the squad look for some collective glory.

“It's been hard to get back in because we've got a very good squad, especially with wingers who have been doing well,” added the pint-sized winger.

“I've had to bide my time, but like I've said before, my competition is my mates and there has been no moaning and everyone has been supporting each other the whole time. 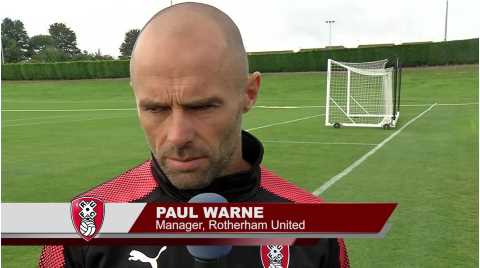 “I think I came back to pre-season in great form and I was looking forward to starting the season and feeling good. I started the first game at Fleetwood and we didn't get a good result and playing against three big centre halves meant that we didn't see much of the ball.

“We want everyone to do well as a team because if we're going to do well we need everyone there. Luckily I got my chance at half-time [against Charlton] and I want to thank the gaffer for that opportunity because it's hard to show what you've got for 10 or 15 minutes. I thought I did okay and I was happy to get my start on Sunday and I knew I had to take my chance.”

The Millers host Bury tomorrow in the first of a home double-header, with Walsall to follow on Tuesday night at the AESSEAL New York Stadium.