They don’t come much tougher than Bradford away, but boss Paul Warne says they go into the game with ‘no fear’ as the Millers look to maintain their good recent form.

The Millers have won three games on the spin, but arguably have their toughest League One test to date when they travel to the Northern Commercials Stadium to face Stuart McCall’s Bantams. 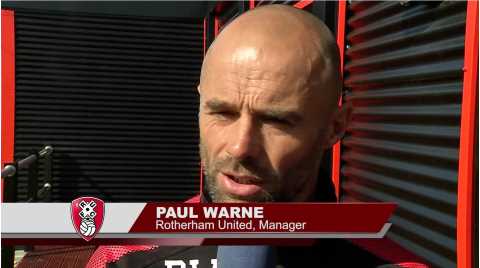 Warne believes that tomorrow’s encounter will be a good yardstick of his side’s recent progress, as he looks to plot a fourth win on the bounce.

"I think Bradford are always a good judge of where you are as a club,” Warne told iFollow Millers.

“They always seem to be in the Play-offs every year, they are there or thereabouts. They are always very competitive - especially at home - they always have the best home form.

"They have done really well this season. They had a good win away at Peterborough last weekend, and they followed that up with a last minute equaliser against Oxford, who will be a good side this season too.

“They are in good form. I think they have drawn two and won three of their last five games, so they are in tip-top form but then so are we.

“I don't go into the game with any fear, I just look forward to the challenge and see if the lads can compete to the level that I want.” 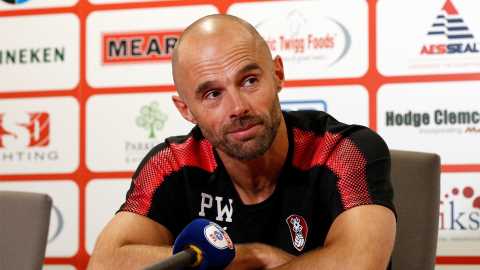 The Bantams are likely to include former Miller Nicky Law in their midfield, a former teammate of Warne from their days together at Don Valley.

Warne is wary of the threat from the ex-Miller, and others, highlighting City’s impressive mix of youth and experience.

"They have some good players,” he added.

“The likes of Charlie Wyke was on every radar before he went there. They have got Nicky Law back who used to be with us, and the likes of Matt Kilgallon at the back. They have got experience, but also youth too - I am thinking the young lad they have from Newcastle - and they have a lot of pace.

“They are not too dissimilar to us in how they play, so it should be an open game with goals I suspect."