An assist and a victory was enough to satisfy Rotherham United’s Ryan Williams, despite passing up the chance to make the score-sheet himself.

The Millers notched another five goals to resign basement club Oldham Athletic to defeat at the AESSEAL New York Stadium at the weekend, with the midfielder enjoying another stellar afternoon.

The Aussie put the Millers’ red hot home form down to their high fitness levels, whilst he is also enjoying a consistent run in the side himself after consigning his own injury troubles to the past.

“Other players make one or two runs and tire out but with us, because we had such a good pre-season, we’re able to keep doing it for 90 minutes from the start to the finish.

“My injury troubles are behind me and I’ve been fit for a year and a half now. Each game I’m slowly getting fitter, stronger and adapting to playing each week. It’s just proving to people now that I can play. Hopefully people can see it was one misdiagnosed injury and treated like something that it wasn’t.

“I’ve not had a pre-season for a few years because of my injury but I always knew if I had a pre-season that I’d be fine. I’m doing all the work I can do to stay fit and healthy which I will do to the end of my career.”

The Millers’ performance didn’t come as a surprise to the summer signing either, coming equipped with a plan of action to break down the Latics straight from the training ground.

“I don’t really look at the league, I just focus on what we’re doing,” Ryan added.

“We take it game-by-game and compete as well as we can each game. We focus on what we have to do to beat the team in front of us and we did it exactly how we did on the training ground and won 5-1. We don’t look to far ahead but enjoy ourselves and work hard at the same time.

“I felt that we shouldn’t have conceded the goal we did concede but we fought well and I knew that after the second one in that there would be two or three more. That’s how it is; when we’re 1-1, we find it hard to see that we will score but when we do score we just keep going.”

And the “togetherness” of this Rotherham United outfit stressed by Williams allowed him to overlook his opportunity to bag one of his own, and bring Kieffer Moore’s tally for the season up to eight. 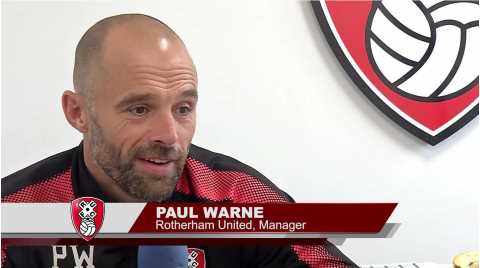 “I should’ve scored that one but Kieffer was there to poke it home so I’m happy with that! He’s on fire. He’s always in the right spot at the right time, he’s dangerous with his feet and in the air he’s even more dangerous so he’s a great player to have in your team.

“I’m pretty self-motivated whether there’s someone behind me or not, but you see the boys come on and one gets an assist and another gets an assist and a goal. There’s a real togetherness about the group, though, so nobody minds who scores and gets the assists, we’re all just happy for each other.”