The Republic of Ireland international has been nursing an ankle injury in recent weeks, missing the recent games against Scunthorpe, Wimbledon and Oxford United.

The 32-year-old had been a regular in the heart of Warne's engine room before injury intervened, quickly gaining a reputation as being one of the most important cogs in the Millers' recent success in League One.

Warne revealed that his midfield general had spent time back on the training ground this week, and is keeping his fingers crossed over a possible return, with Gillingham the visitors to AESSEAL New York Stadium tomorrow afternoon. 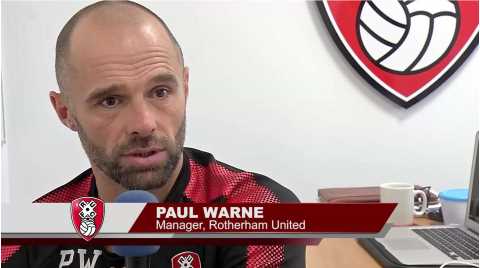 "He has trained over the last couple of days, and he will train today," Warne told iFollow Millers.

"We'll see how he is. I am hopeful that he will be available for this weekend, but if the game comes too soon then I'll have to wait until next week. We are hopeful because he is a big part of how we play."

With Jon Taylor returning to first-team action from the bench at Oxford last Saturday, coupled with Potter's recent progress, Warne is starting to see his ranks bolstered again after a succession of injuries.

Whilst the likes of Lee Frecklington, Ben Purrington and Jamie Proctor remain sidelined, Potter's possible return will add some much needed 'maturity' to his squad.

Warne outlined the recent game at Wimbledon, and a spell in the 3-3 draw at Oxford where he felt his side lacked a certain type of leadership - something that ex-MK Dons schemer Potter has in abundance.

"He allows the front five to go forward, and he has that maturity as well that I think we have been lacking, especially recently at Wimbledon," Warne added of Potter. 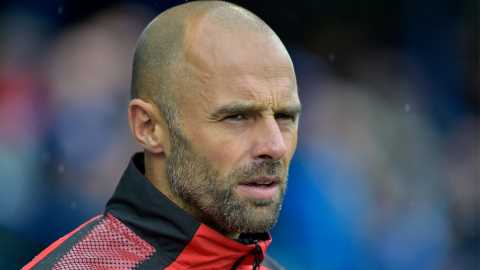 "We have won one, lost one and drawn one without him. It is the same with Frecks. We have missed Frecks too in the middle of the park. They (Wimbledon and Oxford) have been hard games for us for different reasons. I just think last Saturday when we had that 15 minute wobble the lads looked a little bit dejected, and that's when you need the likes of Potter, Frecklington and Wood on the pitch because it is quite a young team that we have here.

"It is a team in progress which we are still trying to improve, so you do need those type of players on the pitch. I think we have missed them at times, but to be fair the lads who have gone in have played to their max."

There is a full interview with Paul Warne on iFollow Millers now.