Rotherham United have been named as one of the venues which will host the UEFA European Under-17 Championship final tournament in May next year.

Along with Burton Albion, Chesterfield, Loughborough University, St. George's Park and Walsall, the Millers have been selected to host the annual UEFA tournament.

The competition for Europe’s 16 elite nations will be played at venues across the Midlands and South Yorkshire with St. George’s Park at its heart.

Chesterfield will host the opening game whilst the Millers will stage the final, with fixtures taking place between 4-20 May.

Tickets will go on sale in January with the final draw taking place at St. George’s Park in April.

The Millers are also hosting the Under 17s international friendly against Germany on Tuesday 14th November at AESSEAL New York Stadium.

“We are absolutely thrilled to have been selected, not only as a host venue, but to have also been selected for the final, which is a great honour,” Millers chairman Tony Stewart told www.themillers.co.uk

“We have thoroughly enjoyed hosting the Three Lions since we made the move to the AESSEAL New York Stadium, and now to have a major championship final here in Rotherham is fantastic news, not just for the club, but the town as a whole.

“These fixtures have always been well received by the Rotherham public, and I am sure we will again see huge interest in what we expect will be a highly competitive competition.” 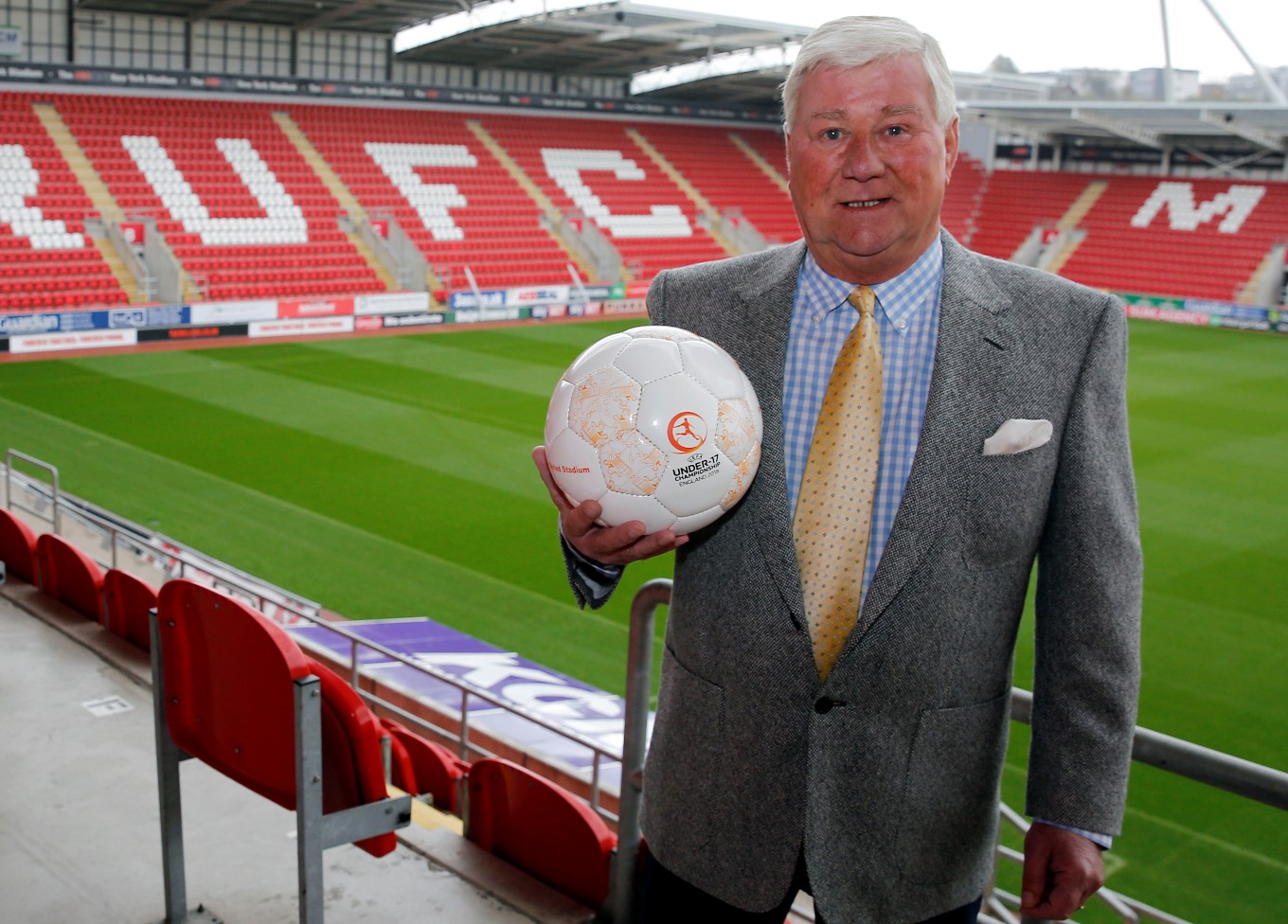 Wayne Rooney, Eden Hazard, Paul Pogba and Mario Götze are some of the famous names to have appeared at this level in the past with the competition acting as the perfect platform for young players to showcase their talents. England who won the European Under-17 title in 2010 and 2014, and also finished runners- up to Spain in 2017, qualified automatically for the tournament as hosts.

“The European Under-17 Championship gives football fans an early opportunity to watch talented young footballers as they start out on what they hope will be successful careers in the game.

“The competition also provides the youngsters with an ideal chance to perform on an international football stage.

“I am very happy that the finals are being staged in England. The Football Association are experienced hosts of major football events, and we are all looking forward to an exciting and entertaining tournament.”

“We are very proud to be hosting the men’s European Under-17 finals next summer.

“St. George's Park will be at the heart of training and matches and all six venues will give the players an opportunity to perform at different stadiums.

“Rotherham and Walsall have hosted a number of England development and women's team fixtures in the past while Burton Albion and Chesterfield are fantastic venues.

“Loughborough University is a world-renowned sports and educational establishment.

“The tournament gives the towns and regions an opportunity to see the best young talent from across the continent and we are very much looking forward to the challenge.”