The Millers suffered only their second home defeat of the campaign at the weekend, with boss Paul Warne insisting that they must learn and respond quickly ahead of Saturday’s FA Cup tie against Crewe Alexandra.

Experienced defender Cummings says the side must not dwell on the experience, insisting they must channel the many positives from their early season form into an improved display at Gresty Road this Saturday.

“It’s a learning curve; you can’t win them all,” the ex-Millwall ace said after the game.

“For me personally, I’m going to be down in the dumps for a day, but it’s a new day tomorrow and a new day on Monday so we’ve got to have a meeting about it, not brush it under the carpet but make sure it doesn’t happen again and moved forward. 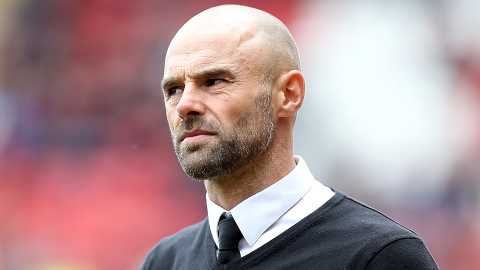 READ | We must learn and respond - Warne

“No matter what goal you concede, in football as a defender it’s always going to be a difficult one to take especially when you lose.

“But as you can see from the table, we’re quite high and I’m not sure if we are exceeding expectation at the moment, but I think everyone in the club - staff down to players - everyone wants to do well. You can see there’s a lot of disappointment in and around because we lost but it happens, and it’s how you move forward at the end of the day. If you dwell on it and let it drag you back then you’re never going to move forward.

“It was disappointing. Obviously nobody wants to lose a game of football and conceding three goals at home. It’s just about talking and seeing potentially where we went wrong and what we could do better.”

The 28-year-old admitted it was a bad day at the office for the Millers, indicating the players took collective responsibility but did not fall foul of underestimating their opponents by any means.

“We know the team and what we’re capable of and obviously to lose at home, being on a good run of form, is difficult to take,” he added.

“They scored from two set pieces so we’re going to have to look at that and we’ll have a meeting about it to see where our mistakes were and see what positive play we had as well because it wasn’t all bad. We’ll look at both and move forward from it and learn.

“We never go into a game thinking that it’s going to be easy because it’s probably those that are the most difficult games from my experience, teams at the bottom when you’re at the top.”

And in spite of the 3-1 loss to the Gills, he went on to praise the “positivity” running through the ranks of the club and the importance of such a feeling; one he has experienced first-hand and reaped the rewards of.

He continued: “I’ve been playing a good few games and the manager, the staff and the players are good people and that environment is what you need. I’ve had that before when I’ve got promotions in different teams previously in my career.

“When we’re at home and 2-0 down and get it back to 2-1 we’re pushing for another one with the crowd on our side. It’s a difficult one when the third goes in because it brings you down but we’re a positive group of lads, the manager is positive and the staff are positive so we’ve always got that hope being at home that we could always get goals.”