The victory over Bradford on Tuesday night has given Rotherham United boss Paul Warne some welcome selection posers ahead of tomorrow's South Yorkshire derby against Doncaster Rovers.

Warne gave opportunities to several youngsters as well as some of his more senior names, as the Millers recorded an impressive victory over the Bantams.

His chosen front pairing of Jerry Yates and Jonson Clarke-Harris both scored, whilst the likes of Richie Towell, Jon Taylor and Anthony Forde pressed their claims to feature against Rovers at the Keepmoat Stadium tomorrow. 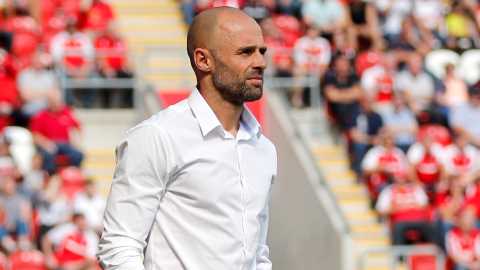 READ | Warne calls on Millers to revel in derby atmosphere

"It was an impressive performance (on Tuesday), a good win and it has done some of the lads no end of good," Warne told www.themillers.co.uk

"It is always nice to win football matches, that's why we come into work every day and try to improve the lads.

"There are a few who did really well the other night. Even if they don't get to start the game at the weekend, they may have a bigger effect when they come on. We have two big home games afterwards to look forward to as well. The lads are trying to impress us all on a daily basis, there is no better place to do that in a big game."

Warne has a decision to make in goal with both Richard O'Donnell and Lewis Price featuring in recent games, whilst he has also tinkered with his formation in the same period. 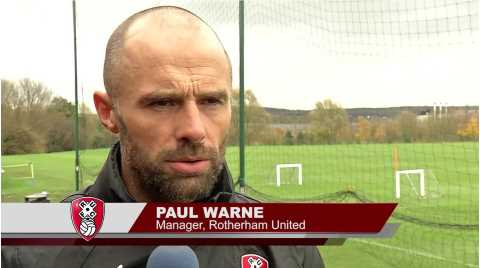 Whichever way he goes at Doncaster, Tuesday has given Warne some positive thoughts coming into the contest against a Rovers side who are unbeaten in their last three outings in all competitions.

Warne added: "Every day you train, you want to get in this team, the lads are all trying to get into the squad and that is what you want as a manager. They have all put positive thoughts into all of the staff.

"The performance all round on Tuesday was excellent. The strikers, the two wide men, they were excellent. As an attacking performance especially it was good, and keeping a clean sheet is a bonus and a confidence boost."