Rotherham United were delighted to become one of a growing list of clubs to get involved with the Alexandra Ground Hop, which took place at the AESSEAL New York Stadium as part of our Random Act of Kindness. 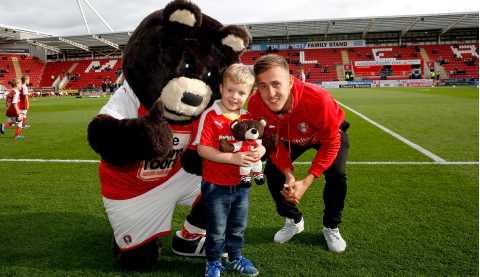 The club were contacted by Alexandra's family who explained she was diagnosed with a very rare form of muscular dystrophy called limb girdle 2k when she was young.

Alex is a keen football fan and it was her aim, despite her diagnosis, to try avisit all 92 league grounds and watch a game.

Before arriving at the home of the Millers, Alexandra’s journey had seen her take in stops at 20 clubs including the likes of Arsenal and Cambridge United.

She attended the match in Rotherham with her dad Paul, where she met club mascot Miller Bear and a number of the Millers’ first team players before taking a seat in the stand for the match.

We hope you enjoyed your afternoon with the Millers.