Rotherham United will unite with EFL clubs around the country this weekend as part of the Rainbow Laces campaign which runs between 25 November and 3 December 2017.

All 92 League Clubs will be supporting Stonewall’s initiative with various activities including rainbow-coloured captains’ armbands, laces and programme adverts.

In a show of solidarity to support lesbian, gay, bi and trans-gender fans, players and staff across the game the EFL will change its logo to a bespoke rainbow coloured version.

In a league first, EFL Clubs will also be proudly displaying rainbow-coloured corner flags at matches this weekend.

Rotherham United Community Sports Trust NCS Project Officer Ruth Dobson talks about her experiences working within football ahead of the week of action:

“My name is Ruth Dobson and I’ve worked for RUCST for the past three years. During my time within the Trust I have felt supported and empowered as an openly gay woman. I have been given opportunities to represent the Trust at a local, regional and national level and I was the face of RUCST’s ‘We are Rotherham’ video.

“I first started out at RUCST as an NCS Project Assistant and I have gradually worked my way up to become an NCS Recruitment Officer. During this time I can honestly say that I’ve never experienced any sort of discrimination against my sexual orientation. In contrast, I have found that my sexuality has actually helped open up channels of communication with colleagues and the young people I work with. I think it’s really important for the community of Rotherham to see and work with people with whom they can relate to, and in my case I have found that I can inspire the younger generation as an openly gay woman working within a senior role of a football club.”

In addition to the above, England Women’s televised World Cup qualifier against Bosnia & Herzegovina at the Banks’s Stadium on Friday will see all players wearing the rainbow laces. The Premier League has introduced bespoke rainbow branding to its ball plinths, pitch flags, handshake boards, and timing boards. PGMOL will also be showing their support across the four divisions, with all match officials wearing rainbow laces.

Ahead of this weekend’s Rainbow Laces campaign the EFL, Premier League, PGMOL, and The FA have also joined together to produce a unique rainbow photograph to show football standing together in support of LGBT inclusivity. 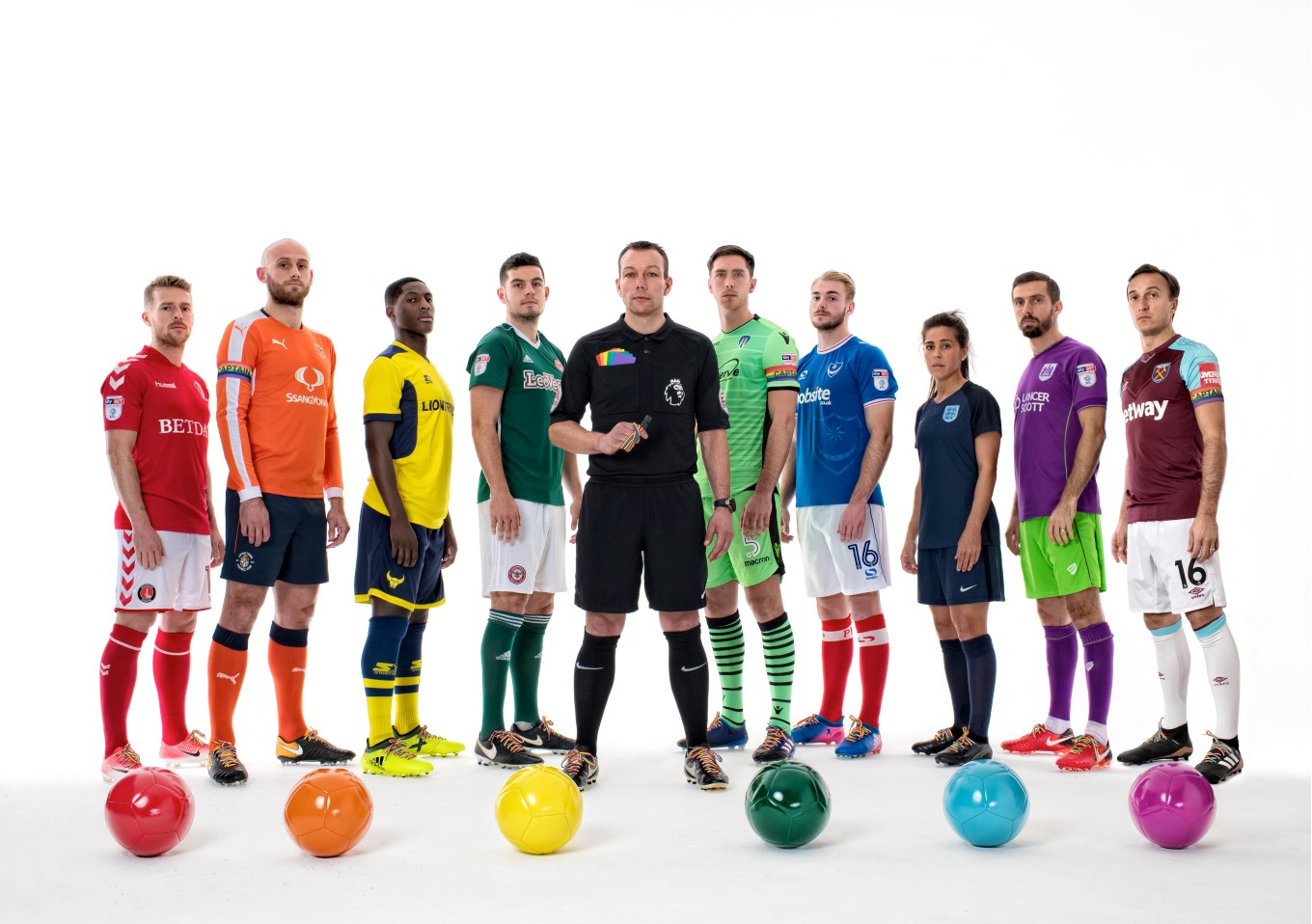 Rotherham United also run a survey for our supporters to help us with our inclusion work. The link is provide below: