The Millers will play Parkgate...

Rotherham United are delighted to confirm that they will once again face Parkgate FC at Roundwood in a pre-season friendly.

The Millers will open their pre-season calendar by taking on the Steelmen on Saturday 8th July in a 2pm kick off at the club’s training base.

The announcement follows the confirmation that the Millers will host Sheffield United on Friday 21st July, with a number of other fixtures close to being finalised.

The Millers have enjoyed an excellent relationship with Parkgate and their staff, who have been incredibly accommodating since the Club began using their facilities as a training base and first team manager Paul Warne was quick to place his gratitude on record following the confirmation of this year’s friendly. 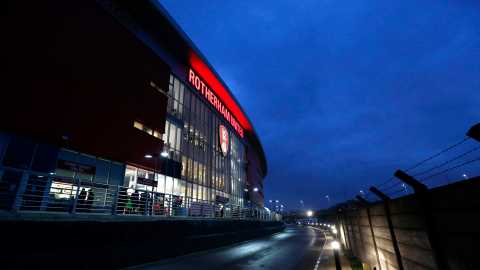 “It’s a traditional fixture, which we have enjoyed for many years now,” he told www.themillers.co.uk

“We love all of the people that are involved at Parkgate and it’s always a great day and good summer occasion for the fans.

“It is traditionally an opportunity for us to show off a number of our new signings. It’s the first game of pre-season and normally we give the lads 45 minutes each. From there we will then fly out to Austria for our pre-season training camp, so it’s a good way to finish the first nine days of pre-season.”