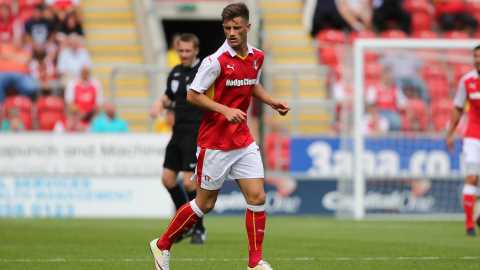 Rotherham United are delighted to announce that young forward Jerry Yates has signed a new deal with the club that will see him remain at AESSEAL New York Stadium until June 2020.

The Millers’ Academy graduate enjoyed his most significant season with the club to date during 2016/17, making both his league and cup debuts for the club, marking the former with a debut goal.

The 20-year-old has agreed a two-year extension to his current deal, which was set to run until the summer of 2018 and he made 23 appearances for the Millers last season.