The Millers manager says deals are at an advanced stage on three fronts, as he looks to add to his squad before his players return for pre-season training at the end of June.

Now he expects a flurry of further activity as he looks tie up the loose ends on three potential deals.

“In the next three or four days I think there will be at least three bodies over the line. We are looking at an attacking option, and possibly a couple of midfielders which I believe we need. I think our midfield is looking pretty strong with what I know is coming in the door, but I feel that I need a little bit more up top.” 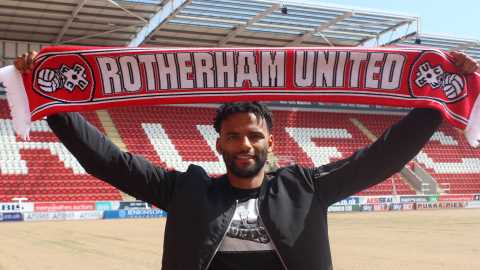 Warne has again reiterated his desire to carefully select his new recruits, based around not just their ability on the field, but their desire for hard work and a strong mental approach.

The former fitness coach has already outlined what looks set to be a no holds barred pre-season training camp in Austria, and he requires all new signings to buy into a rigorous examination ahead of the new League One campaign.

Warne has been happy with the responses of all his potential recruits, admitting that his recruitment plans are progressing to his expected standard.

“I am happy with how things have been progressing,” he confirmed.

“I appreciate that there might be a little frustration that more hasn't come in, but I don't bring 18 players in, that's not how I work. I bring players in who I think are perfect for the club. That takes a lot longer.

“We have had a couple that didn't go through but that's because they went to Championship clubs, so as good as we are, it is always going to be difficult to compete with that. It has been hard work, but enjoyable. I've met some good people, made some good contacts and I am looking forward to announcing who we are bringing in. There will then be more after that.”