So far so good is the view of boss Paul Warne as he leads his side into their pre-season training camp in Austria.

Warne is set to preside over his first training session this morning after overseeing the first game of pre-season in the victory over Parkgate on Saturday.

Supporters got their first glimpse of five new faces in the 2-6 victory over the Steelmen, which included a brace apiece for strikers David Ball and Jamie Proctor.

Now the hard work intensifies out in Austria, with Warne pleased with the start his squad have made to pre-season.

"I was obviously pretty pleased with the performance on Saturday,” he told www.themillers.co.uk.

“The players haven't done much 11v11 work, it has all been short distance training so far. We'll expand that this week in Austria and playing the games out here.

“For an actual run out and what the players gave me, I was pretty pleased. I am happy that two of my strikers have chipped in with two goals apiece, that's a good start.”

All did enough to impress their new boss, with a second game of pre-season on the horizon against Floridsorfer AC at FAC-Platz scheduled for tomorrow. 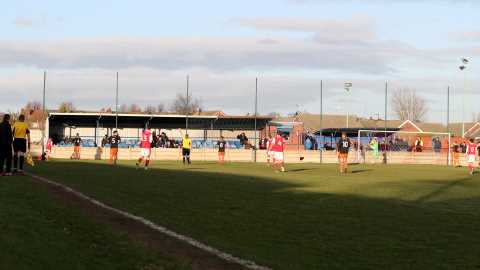 “There were some impressive displays from everyone really,” added Warne.

“I think that second half wasn't as lively as the first but I thought the new signings all did well.

"Ryan Williams in the second half was brilliant, I thought Alex Bray was excellent, you can see why I have brought Darren Potter in because he is a calming influence on the ball. I thought Michael Ihiekwe had a good first half, and David Ball and Jamie Proctor were brilliant. Joe Newell was excellent, Anthony Forde took up some good positions, I have no criticisms with the effort of the team.

"It is always a good game to play in. It is a nice way for the Rotherham fans to meet the new players. It is a good way to start the new campaign and it is a nice positive environment to play a game of football."