Striker David Ball says the Millers are setting high standards in pre-season as they ready themselves for game two of their tour of Austria tomorrow (5pm local time, 4pm GMT).

The former Fleetwood front-man has been in fine form in front of goal, netting twice against Parkgate and again in the 1-7 defeat of Floridsdorfer on Tuesday night.

The Millers take on Hungarian side Soproni VSE at their training base at the Lindabrunn Sportschule tomorrow, and Ball says they will be looking to go one better than the high standards set in the opening two games of pre-season. 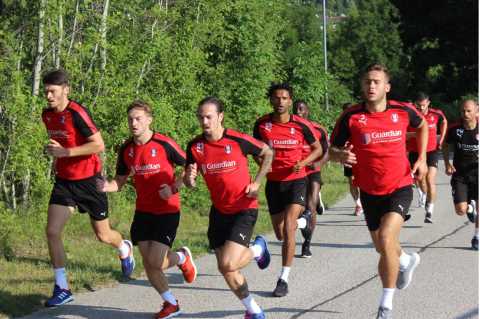 "The Gaffer said on Tuesday that he wanted us to work hard no matter what for the game, we showed that with the pressing and the commitment," Ball told www.themillers.co.uk

"We have to do that again now for Saturday. I think the running showed on Tuesday. It proved how fit the lads are, we have to take that into Saturday now. We are being worked hard, but we are getting on with it, it is what pre-season is about. It will stand us in good stead going into the season."

Ball ended a successful stint at Fleetwood during the close season after hitting 14 goals in the last campaign, as the Cod Army finished in the play-offs in League One.

The ex-Manchester City ace is keen to build on last season's success, and has been pleased after hitting the net in both pre-season outings so far.

"It is obviously good to get goals, and start getting them in pre-season which sets you up for the season ahead," he added.

"As a striker you want to get off the mark quickly, especially if you are at a new club. You want to show the lads and the fans why you have been brought in, so I was delighted with the two games so far." 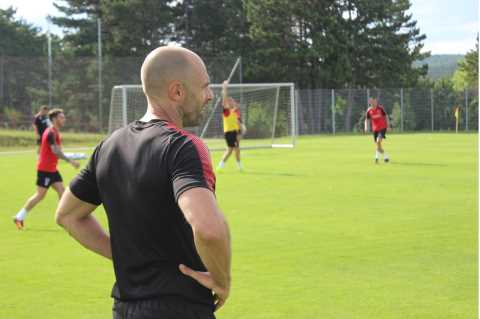 Ball was close to netting a second at FAC-Platz on Tuesday after hitting the bar with an effort which he admitted he isn't known too much for.

"I am not renowned for my heading, but I did manage to flick one at the near post onto the bar," he admitted.

"It was a shame it didn't go in but you have got to be in there. I am enjoying it though, the competition is good and that's imperative, especially if you want to have a successful season.

"It is important that all your strikers, not only compliment each other, but also push each other for a place on a Saturday. We have got that really good solid competition in the squad, not only across the front, but everywhere else."