Rotherham United’s squad, staff and Chairman Tony Stewart were honoured to be invited to the Town Hall on Monday, by the Mayor of Rotherham, Counsellor Eve Rose Keenan, who met with the players to pass on her well-wishes for the upcoming season.

The entirety of Paul Warne’s playing and coaching staff spent their afternoon in the company of the town’s Mayor and her Consort where they received a talk about the history of the town, before being taken on a guided tour of the historic building.

Following the talk, Millers Chairman and new signing Ryan Williams took centre stage as they received a gift on behalf of the club from the Mayor and her consort, before the floor was opened up to questions from the players in attendance. 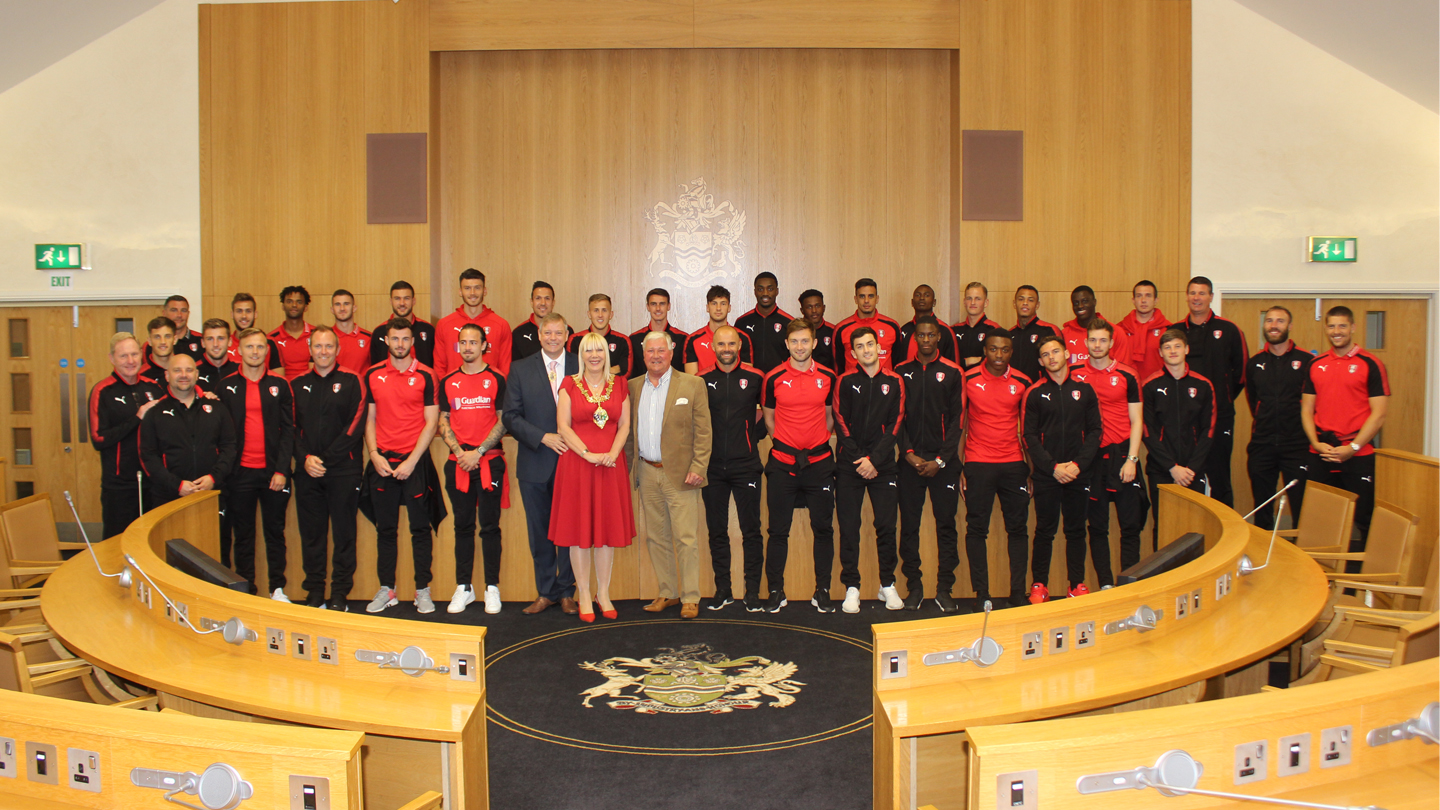 The afternoon came to a conclusion with the players enjoying some afternoon tea, after the tour which took in stops in the Mayor’s Parlour and a number of other rooms steeped in the town’s history.

Rotherham United Chairman Tony Stewart expressed his gratitude to the Mayor and her Consort for their hospitality on Monday afternoon, on what he admitted was a fantastic opportunity for the players to get to know more about the town in which the club is based.

“It was a really unique experience and very interesting from beginning to end,” he told www.themillers.co.uk.

“We were honoured to have been invited and were very grateful for the fantastic treatment we received from the Mayor, and indeed everyone up at the Town Hall, from the moment we walked through the door.

“Paul Warne has been insistent on ensuring that the players he has brought to the club understand what it means to play for Rotherham United, and I think it will benefit all of them to have learned that little bit more about the town and how privileged a position they are in.

“On behalf of everyone at the club, I would like to place on record my sincere thanks to the Mayor of Rotherham for hosting a fantastic afternoon.”