New signing Jamie Proctor says his move to South Yorkshire will give him the ‘fresh start’ that he has been looking for.

Proctor completed his move from Bolton Wanderers for an undisclosed fee yesterday, agreeing a two-year contract. 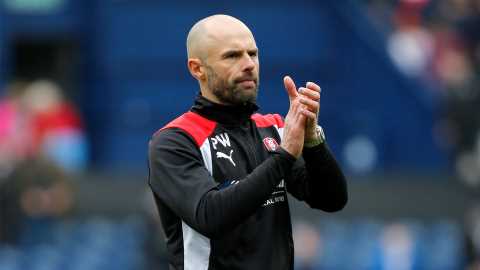 His move to the Millers will see the big striker reunited with Rotherham number two Richie Barker, who was Proctor’s manager during his spell with Crawley Town.

The 26-year-old says the managerial combination was a big factor in his decision to sign, as he looks to kick start his career again with the Millers.

“When an offer was accepted I spoke to firstly to Richie Barker who is obviously someone that I know very well,” Proctor told www.themillers.co.uk

“The move was really appealing and it feels like a fresh start already.

“I really enjoyed it at Crawley when I played under Richie, so as soon as I knew he was part of things at Rotherham the move interested me even more. I then spoke to the manager who was very keen, so the combination was really exciting and then it was just a question of when do I sign.

"The move would have interested me, but knowing Richie that was obviously a big pull. After my conversations with the manager I knew that they would be a good team, they bounce off one another and they are similar in how they see the game being played. As a combination I thought it was perfect for me and it really excited me about coming to the club.”

After finding it difficult to break into a Bolton side that earned promotion from League One last season, Proctor went out on loan in search of regular first-team football.

He enjoyed a productive spell at Carlisle United, and the ex-Fleetwood and Bradford marksman confirmed that the temporary switch gave his career a kick in the right direction.

“The loan move to Carlisle really did give me the hunger for regular first-team football again,” he added.

“At that time I really wanted to get out and play, and even though I was getting told to stay in League One, I felt Carlisle suited me. They were great to me there, they gave me an opportunity and it has kick started my career again.

"I have played at this level consistently and after a good six months at Bradford that got me the move to Bolton. It was disappointing not to play more at Bolton, but the team was winning and it was hard to break into that side. Chances were at a premium, but it is a fresh start now, the loan move at Carlisle has really helped me and I’m raring to go at Rotherham.”