New signing Kieffer Moore says the competition amongst the Rotherham United front-line will only improve his game.

Moore was on target twice in the friendly victory over Floridsdorfer AC yesterday, with his fellow front-men also impressing on good evening for the Millers.

Jonson Clarke-Harris and David Ball also netted, whilst Jamie Proctor hit a post in what was a positive 30 minute cameo from the bench. 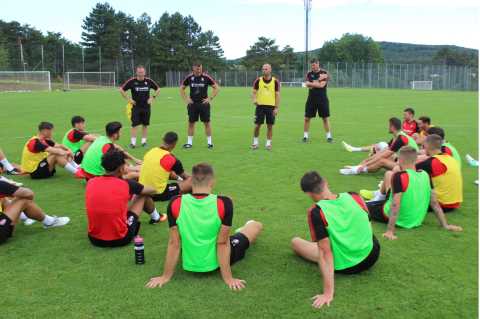 Moore, who has joined a season long loan from Championship side Ipswich Town, says he is excited about the Millers’ attacking options as they all look to impress for a starting jersey ahead of the big kick off at Fleetwood on August 5th.

“We are all going to be driving each other on and whoever gets that shirt will have had to have worked really hard for it.

"I think I'll learn a lot from this move. Everywhere you go you always learn something. I'm looking to improve my game here, this is another step in my career and I am excited about what we can achieve next season, and the competition for places will be a big part of that.”

Moore has been thrust straight into a gruelling pre-season, but his fitness levels have stood up to the task after three days out in Austria.

The ex-Yeovil ace says the running is part and parcel of being a footballer, stating that the mental side is just as important to get through a pre-season training camp. 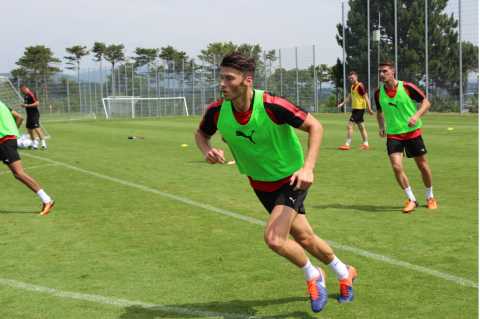 "It was a tough first few days but I am fit and I know I can do this,” he added.

“This is a process for me to get the fittest I can possibly be. I believe to achieve that I have come to the right club.

"It is more mental than physical. I think as long as you know that you can push yourself, then you can achieve anything. It is a test of your mental attributes just as much as your physical attributes.

"I can't wait for the new season. I am really looking forward to pulling on the shirt in a competitive game."