Rotherham United manager Paul Warne says his side remain on course for success as the Millers head into tomorrow’s final game of 2017 at Walsall.

The Millers, unbeaten in their last four games, which has also included three victories, head to the Midlands tomorrow to face a Walsall side who have lost just twice in their last seven games.

Warne has overseen impressive away victories over Blackpool and Bury during December, and admits that recent results have put his side in a good position ahead of the second half of the season. 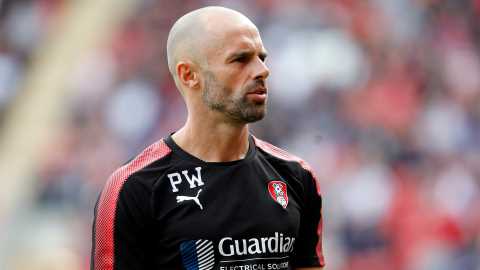 Warne though still thinks there is room for improvement, admitting it could have been better for his improving side.

“Like anyone, I always want to have more points and the only person who doesn't is probably Pep Guardiola, but that's what we're all trying to chase,” he said.

"I'm really pleased with the group that we've assembled and I think they're a really good set. They're good human beings and are great to work with and I'd like to think if they kept up their recent form then we would be in a good place come the end of the season, and I think we could be pretty pleased with what we're trying to build here.”

2017 has been an eventful year for Warne after becoming the Millers’ permanent boss after a spell as caretaker during last season.

After taking on a difficult task initially, a successful pre-season coupled with a change in personnel on the field has seen the former striker start a resurgence, which has seen a positive end to the year.

Looking back over the previous 12 months, Warne admits that there was some psychological issues to resolve from last season, but the mood is a positive one as the Millers look to end the year on a high at the Banks’s Stadium tomorrow.

“I think the season has gone more or less how I expected,” Warne added.

“We've had to get rid of a few psychological demons from last season in what was a bad season for the club.

“I think the lads have performed really well in the majority of the games and we probably could have even had more points looking back.”