Rotherham United assistant manager Richie Barker has warned the Millers to be on their guard for a Plymouth resurgence as they host the Pilgirms at AESSEAL New York tomorrow.

Despite occupying a place in the bottom four of League Two, Argyle have shown great improvement in recent games which has seen Derek Adams' side record notable victories against the likes of Bradford, Northampton and Gillingham.

After a goalkeeper injury crisis and a plethora of red cards, the Pilgrims looked to have steadied the ship, leaving Barker to stress that the Millers will need to maintain the high standards set in the second half of last weekend's victory at Blackpool.

"I think if the league season had started six weeks later they wouldn't be where they are now," Barker told iFollow Millers. 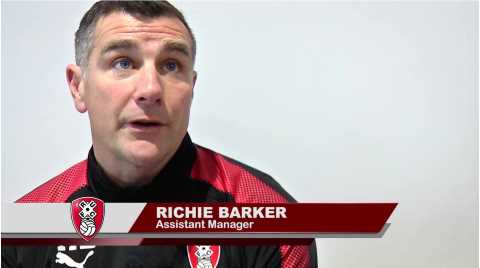 "They have been the victim of a few sending offs and goalkeeping issues in recent weeks, I think it was their seventh keeper recently and they've had about five straight sending offs. They have had all kinds of adversity thrown at them, but certainly over recent games their form suggests that they are not a bottom four team. It is not a game that we will be going into lightly and just assume everything will be fine. We will not be going into this with any complacency and will be treating it like we would be playing a Wigan or a Shrewsbury."

Plymouth's latest goalkeeper crisis has been averted with Adams bringing in former Rotherham stopper Kelle Roos on an emergency loan from Derby County.

Luke McCormick, Kyle Letheren and Robbert te Loeke are all in the treatment room, whilst other emergency loans have also come and gone during an unprecedented spate of injuries.

Roos won't be the only ex-Miller in the Argyle ranks, with Rotherham-born former striker Ryan Taylor looking to impress against his former employers.

Taylor started his career with his boyhood club before a high-profile switch to Bristol City. 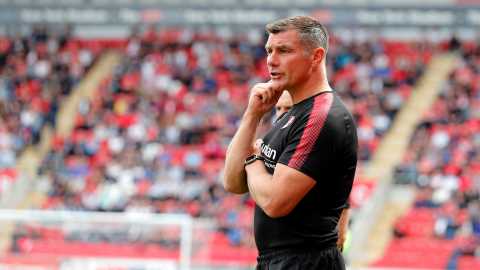 Barker recalls Taylor's early days at Millmoor, where he cleaned his boots, and also his time as a team mate during his second spell, which coincided with the Millers' time at Don Valley.

"When I first arrived he was an apprentice, and when I left he was starting to break into the side," Barker added.

"When I came back the second time around he was one of the mainstays in the side. I then signed him when I was manager of Portsmouth. As a local lad, he will be looking to do well because I am sure he will have friends and family at the game."