HE may have spent the vast proportion of his footballing career on the other side of the Pennines, but new signing David Ball admits that he is excited at the prospect of continuing his footballing development in the White Rose county.

Following his close season switch from League One rivals Fleetwood Town, the talented playmaker has wasted no time in immersing himself into life in this small corner of South Yorkshire, by insisting that he has adjusted to his new environment, both on and off the pitch, with a minimum of fuss.

Despite being in the embryonic stages of his Millers career to date, Ball stated that he has embraced everything about his move to the AESSEAL New York Stadium. 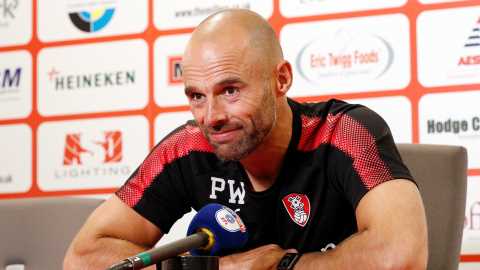 "The staff and the players have been very welcoming and you can see that in how I'm enjoying my football and being part of the team.

"I knew a couple of the lads, like Frecks and Woody, who I've played with before and Joe Newell but it was quite easy to come into the group.

"All the new players have been welcomed with open arms and I've really settled into everything about Rotherham.

"I've really enjoyed the fans and the way in that I've noticed how much the football means to them in the local area. Football is obviously a big part of their lives so hopefully we will do them proud.”

Echoing his words with actions in the Millers pre-season campaign, the ex-Manchester City forward has seemingly hit the ground running with Warne’s men, as he found the net on a regular basis in a series of impressive displays.

Despite finding himself out of the side following the opening day defeat to Fleetwood, Ball netted his first competitive goal in the Checkatrade Trophy draw with Manchester City on Tuesday night.

"One thing that has stood out, so far, is the competition within the squad,” Ball added.

"There's not just 11 players but there are 22-24 players that want a shirt and that will bode well for us going into the season.

"There have been some good signs with Kieffer, Procs and Jono. I'm looking forward to making partnerships with all of them and making sure we are successful this year.

"I had a good partnership with Procs (at Fleetwood). I think we scored quite a few goals together when we played as a pair. When we played, we had a good relationship and I'm sure you will see that over the course of the season, here at Rotherham.”