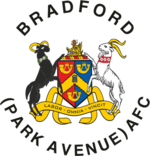 Kyle Vassell helped himself to a hat-trick as Rotherham put Bradford Park Avenue to the sword at the Horsfall Stadium.

With all of the Millers’ goals arriving in the first-half, striker Kyle Vassell was seemingly at the heart of every Rotherham offensive as Paul Warne deployed a three-pronged attack in his side’s fourth pre-season friendly.

It didn’t take long for the Millers to find their rhythm as Freddie Ladapo opened the scoring inside the second minute. Dan Barlaser muscled his way forward before prodding into the path of Ladapo, who calmly manoeuvred the ball onto his left foot before rifling low beyond Charlie Andrew.

The Millers were looking lively in the opening stages and Jamie Proctor almost immediately doubled the lead but his rising effort just flew just over.

It was two on 11 minutes, however, as Kyle Vassell and Ben Wiles combined for the former to score a tap-in. Vassell’s persistence paid off as he dispossessed former Miller Ryan Cresswell and set Wiles on his way for a one-on-one. The midfielder’s strike cannoned off the post but into the path of Vassell who pounced to turn home the rebound.

The hosts did eventually threaten on 21 minutes through veteran Garry Thompson but Rotherham made it three soon after with Vassell grabbing his second of the game. A free-kick to the back post was nodded into the striker’s path who glanced home a header from barely a yard.

Andrew made a great save on 39 minutes as he turned Jamie Proctor’s measured strike away but Barlaser was on hand to turn the rebound home and make it 4-0 to Warne’s men.

There was still time before the break to make it five with Vassell claiming his hat-trick with his pick of the bunch. Matt Olusundae made good progress down the right before squaring for Vassell to smash home from the edge of the area with his left foot.

It was a relatively quiet opening to the second period with Paul Warne having introduced three substitutes from the bench in Richard Wood, Shaun MacDonald and Joshua Kayode.

Jamie Proctor tested Andrew with a powerful effort from outside the area, forcing the Park Avenue ‘keeper to turn the ball away from the top corner.

The chances had dried up somewhat but Michael Smith did force an excellent save from the substitute trials goalkeeper on 74 minutes. Olusundae danced into the box down the right and teed up the big striker, who saw his shot parried wide from 25 yards.

The hosts pulled a goal back through Shaun Gardner following a great counter down the right with less than 15 minutes to play. After a lung-busting run to reach the box, Gardner blasted home after being expertly teed up by the trialist on the right flank.