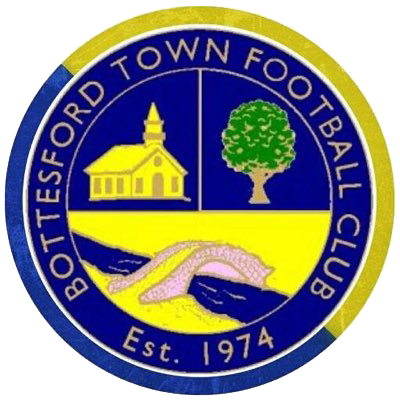 Rotherham United’s Academy comfortably advanced into round two of the FA Youth Cup after a 7-0 success at home to Bottesford Town.

The Millers were a cut above their non-league opponents and could have won by more, despite a spirited effort from the Lincolnshire side.

Goals from Tyrone Lewthwaite (2), Joshua Kayode, Mitchell Carlton, Reece McGinley, Tom Maguire and Lewis Murr ensured it was a good night for the Millers, as the majority of the Academy squad experienced playing at AESSEAL New York Stadium for the first time.

After an early chance for defender Jake Southern-Cooper, it didn’t take long for the Millers to break the deadlock. On four minutes great work down the left from McGinley resulted in a cross to the back post, and Kayode rose to powerfully head the Millers into the lead.

Three minutes later and Bottesford had their ‘keeper Declan Jordan to thank for limiting the damage. Kayode’s header rattled the post with the rebound falling kindly for James, but his effort was superbly diverted wide by the ‘keeper’s foot.

Kayode was involved again on 10 minutes as the Millers made it 2-0. The striker found McGinley who again turned provider when his deflected cross found the advancing Carlton, who fired past Jordan.

On 24 minutes James was again denied by more Jordan heroics but the ‘keeper was powerless to stop a third soon after. McGinley this time took the glory after James’ centre picked him out at the far post. The Northern Irishman controlled, then dummied, before coolly sliding the ball into the net.
Before the break full-back Akeem Hinds advanced forward, but after overlapping into the area his strike rattled the outside of the post.

Jordan was again busy just after the break first denying McGinley, after yet another surging run, and then James who fired a shot goalwards from 20 yards.

At the other end Geroge McMahon had to be alert when he saved with his legs following Reegan Mullard’s diving header from a corner.

Rotherham’s dominance though paid off with a fourth goal just before the hour mark. A long ball forward caught out the Bottesford defence, but Maguire was alert chasing the ball into the area before firing past Jordan.

Full-back Deegan Atherton had eyes for a fifth goal on the hour, but after a surging break into the area his low strike just evaded the far post.

Lewthwaite replaced Kayode and almost scored with his first touch after good interplay between McGinley and Carlton, but the striker poked his effort just wide.

Lewthwaite was close again on 76 minutes when McGinley stood up a cross from the by-line, but the sub headed against the bar.

There was no mistake though on 81 minutes when he surged into the area, drawing the ‘keeper, before smashing the ball into the top corner to make it 5-0.

Skipper Lewis Murr made it six late on with a tidy finish, and there was still time for Lewthwaite to bag his second and the Millers seventh after a composed finish from close range.