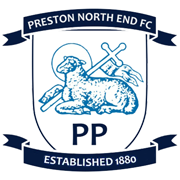 Rotherham United’s Academy tasted a rare defeat in their first action of the New Year as they were beaten 2-0 in the EFL Youth Alliance Cup by Preston North End.

Garreth Barker’s side were knocked out of the cup competition at the quarter final stage by the Lilywhites but their unblemished league record remains intact.

Despite admitting that he was disappointed by the result at Roundwood, Barker explained that he was pleased that the club’s return to action in 2018 did not affect their unbeaten record in league football.

“It's tough when you've not had a competitive game to get back into the swing of things and we saw that,” he told the official matchday programme.

“The main positive we can take from it is that the majority of the lads got some pitch time. We've got that first game out of the way and we've told them that they've got to come back in and be really positive.

“They're back to league action this weekend and they still haven't lost in the league as this page goes to print so they have something to focus on. They've got league and reserve team football and professional contracts to try and earn.”

Two set pieces proved to be the undoing of the Millers against their Lancashire counterparts with a free kick and penalty producing both goals for the visitors last weekend.

Barker continued to concede that his side weren’t at their best but did forge chances in the game, which they were unable to take.

“We were okay in the first half in terms of possession and it being a fairly equal game and we were unfortunate to go behind from a free kick,” he continued.

“We had opportunities to score, which we didn't take. We had a slightly different side out because we've got two or three who have contracted this flu that is going around, so that has hit us a little bit.

“The second goal was a penalty and it was 2-0, but then we started to chase and we forged more opportunities. Overall, on the balance of it we did okay but in my experience it was very typical of the performance you would get for that first game back after Christmas.

“In the grand scheme of things we've had a terrific season so far, so we've got to pick them up now, work with them and aim for points and a performance at Notts County away.”